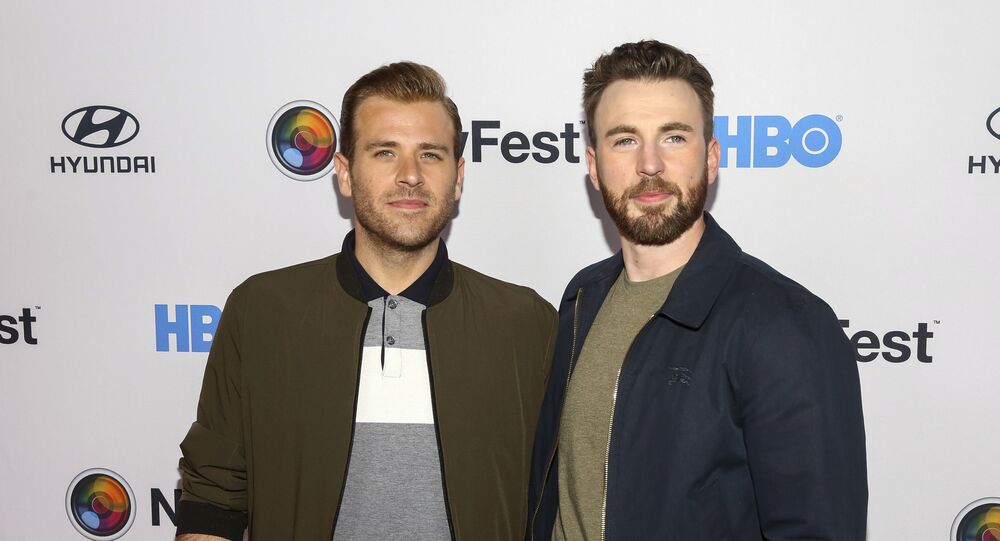 Earlier on Saturday, Twitter trends were blown off the boards by what is believed to be pictures of Chris Evans in the nude the actor appeared to have leaked himself after recklessly posting a story that revealed his camera roll.

The brother of famous American actor Chris Evans, Scott Evans, appeared on Twitter after what was not the easiest day for his sibling, asking what he missed.

What he did, in fact, miss, was his elder brother posting a video clip on his Instagram story that ended with revealing his camera roll. One of the photos was that of genitals, with netizens immediately presuming they belonged to Chris Evans himself.

The Instagram story was very soon deleted, but it did not prevent Twitter from skyrocketing Chris Evans to a worldwide trend with users joking about the alleged nudes and also trying to stop the juicy photo from spreading by posting nice Evans' photos or other random content in his camera roll instead.

Most people (but not all) remained wholesome when answering brother Scott's question as well.

Yesterday we were all thinking about what a wonderful person your brother is and that’s it. Nothing more. pic.twitter.com/uoPXm8fh5C

You didn’t miss much. It’s something you probably saw growing up as brothers in the same household. Many celebrities have done worse things. He should actually be proud... it’s impressive. Tell Chris to stand proud. Nothing wrong with being a man & Rock On! 🤘🏽

Nothing much has happened although I found out your brother has a selfie pic I sent him that he saved on his camera roll. I’m glad he kept it. It’s not a big deal but totally made me happy! pic.twitter.com/9bth8Gq6u9

​Users shared news from their own life as well, bragging about their achievements, dogs or home plants.

You missed my announcement that I walked over 10,000 steps in one day! Big achievement for me that I haven’t reached in almost a year! pic.twitter.com/ILmDzW2llM

You missed me swimming with my 15 year old lab. pic.twitter.com/vquPHUjhFv

this. i’m a grandma now. pic.twitter.com/vC5dza0nGA

​Some, however, could not help but joke about the nude pics, bringing up Saturday's memes and references or coming up with new ones.

Pls teach your brother how to make folders in his gallery 😭 pic.twitter.com/svA86JlvY8

Me sleeping well knowing my 🐱 is guarded.

Uhm, well, turns out this promo wasn't just an advertisement for the movie your brother starred in: pic.twitter.com/dRDZSlw3uw

​Chris Evans has not yet made a comment, and since Saturday's fiasco, his social media accounts have remained in so-called radio silence.