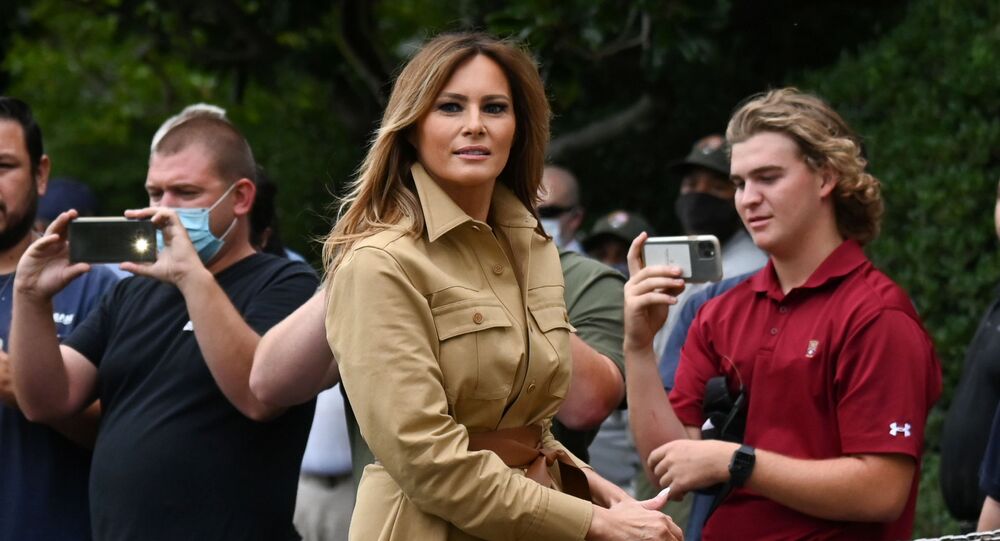 Donald Trump's wife came under fire in 2016 during her husband's election campaign after analysts noted that parts of Melania's speech during the Republican National Convention strongly resembled those of Michelle Obama eight years earlier. The future first lady's team, however, dismissed the accusations of plagiarism back then.

Michelle Obama's recent speech at the Democratic National Convention has set Twitter on fire, as netizens immediately started joking whether some of her lines will be heard again next week when Melania Trump delivers her own address during the Republican National Convention.

"I missed Michele Obama's speech. Will I be able to hear it again when Melania speaks at the RNC?”, someone echoed.

Hope you all are enjoying Melania’s RNC speech.

Michelle Obama's speech better be good. Melania is counting on it.

First Lady Melania preparing her speech for the RNC pic.twitter.com/bVkjM87mUI

The myriad of tweets, memes, and jokes that followed Michelle Obama's DNC address, during which she attacked incumbent President Trump rather harshly, saying that "he is clearly in over his head", are a result of Melania's 2016 fiasco at the RNC.

At the time, commentators noted that during the first public address for her husband's presidential campaign, Mrs Trump "plagiarised" some of Michelle Obama's lines from her 2008 speech at the Democratic Convention. The resemblance was indeed striking, although Donald Trump's team said that the future first lady just used "common words" and there was "no cribbing of Michelle Obama's speech".

Here is a side by side comparison of Melania Trump giving a speech written by Michelle Obama. pic.twitter.com/h0Wdk4nllB

But netizens could not stop joking about the fact that this time around some parts of Obama's speech would probably be too difficult to copy.

"Now, I understand that my message won't be heard by some people. We live in a nation that is deeply divided, and I am a Black woman speaking at the Democratic Convention", the ex-first lady said in a taped message on Monday. "But enough of you know me by now. You know that I tell you exactly what I'm feeling. You know I hate politics".

"This Michelle Obama speech is incredible. I can't wait to see what Melania does with it", one Twitter user joked.

I don't think Melania is going to be able to deliver this speech.

There were also some things said by Michelle Obama that no Trump supporter, especially his family members, would be likely to repeat.

"So let me be as honest and clear as I possibly can. Donald Trump is the wrong president for our country. He has had more than enough time to prove that he can do the job, but he is clearly in over his head. He cannot meet this moment. He simply cannot be who we need him to be for us. It is what it is", Barack Obama's wife said.

‘ it is vhat it is’ pic.twitter.com/vgOLph6kVl

The Republican National Convention will take place on 24 August when GOP members are expected to confirm Donald Trump's candidacy for the November poll, as politicians still continue to rail over the mail-in-voting system adopted by some states this year amid the global pandemic. It was recently revealed that the US Postal Service warned election officials in 46 states it was possible that not all of the ballots would be returned on time to counted on Election Day.