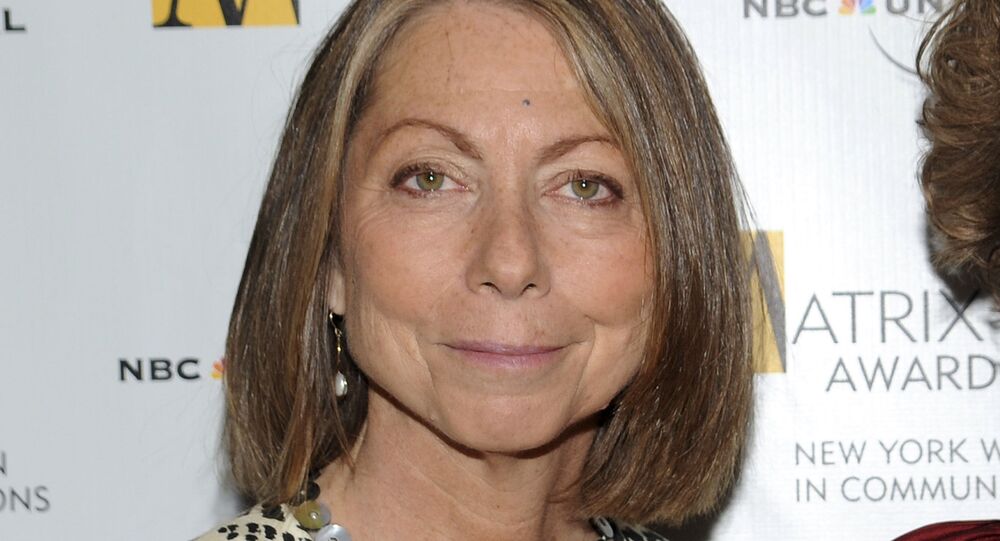 Bari Weiss, a former opinion editor at The New York Times, announced her resignation from the position in an open letter, slamming the paper for what she described as a "hostile work environment" and "bullying" over her conservative and centrist views.

Former NYT editor Jill Abramson asserted in an interview with Fox News that "the idea that The New York Times is edited by a cabal of left-wing journalists is just not true", criticising the tone of a resignation letter by Bari Weiss, who stepped down from her position due to what the latter described as "bullying" and "left-wing bias" from fellow journalists at The Times.

"The idea that The New York Times is edited by a cabal of left-wing journalists is just not true at all. Most of the opinion columnists at the Times are centrists. They are center to liberal", Abramson said in the interview.

Former ⁦@nytimes⁩ Exec Editor Jill Abramson on ⁦@bariweiss⁩ resignation:
👉🏼most writers at the Times are centrists
👉🏼Bari had the bullying coming bc she shared opinions
👉🏼there’s no problem at the Times
👉🏼 she “has like 1000’s of twitter followers herself” 🤡 pic.twitter.com/TptC9F91tb

​Social media users were not eager to trust her words, however, as many mocked her for "completely embarrassing herself" while insisting that the kind of bullying Weiss alleged in her letter must not be accepted.

Jill Abramson completely embarrassed herself in this interview. She came across as elitist, tone deaf, clueless & incredibly arrogant. @HARRISFAULKNER is correct, “No, legally we don’t have to accept” the kind of bullying Weiss alleges she experienced at NYTimes.

Funny watching defenestrated NYT editor @JillAbramson defend @nytimes in wake of Bari Weiss resignation — ‘no problems at NYT, lots of diversity of opinion, code of behavior, etc.’ What a coward, what a fraud.

I love the extreme far left's view of "diversity". It always makes me think of this: pic.twitter.com/NNOxTyJB0D

​Many netizens cast doubt over the number of centrist authors at Nytimes.com, asking Abramson to confirm her assertion.

@JillAbramson "the Times has a list of written rules" to protect employees. As Weiss said in her letter, these rules are often ignored if you're on the wrong side of the woke social justice cabal. You said there's plenty of centrist journalist at NYT. Really? Where's their work?

​Another remark by Abramson that enraged the twitterati was her suggestion that Weiss should have been ready for bullying, as her own Twitter page "throwing some punches" at people she disagreed with.

"Bari Weiss is someone [who] has thousands of Twitter followers herself. She has been in there, on Twitter, throwing some punches herself at people she disagrees with. I'm not saying she is a bully, but, you know, if you are going to dish it out, you've got to be ready to take it", Abramson stated.

@HARRISFAULKNER Nice job reminding @JillAbramson that harassment is not permitted and smacking down her snotty, condescending, gratuitous, snipes at your accurate, obvious, characterization of the left-wing bias at the @NewYorkTimesUSA

@HARRISFAULKNER that was a very telling interview you had with @JillAbramson. She really showed her true colors.

​Abramson, who was fired from The New York Times in 2014, rolled out her remarks after Weiss stepped down as opinion editor, slamming the paper in a letter for hotsing what she described as a "hostile work environment" and "bullying" over her conservative and centrist views and censorship of opinions that differ from a preferred narrative.