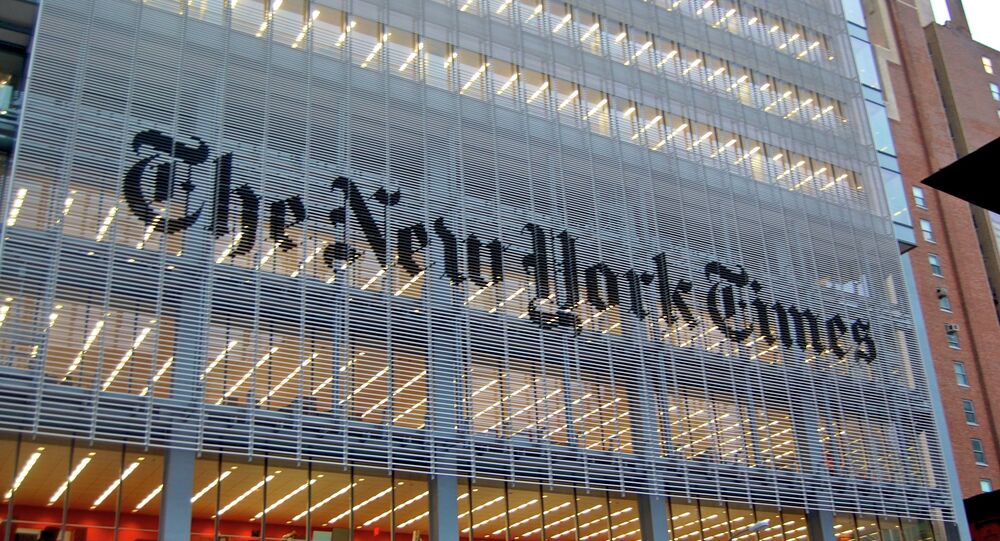 American opinion writer Bari Weiss, who sees herself as a centrist and a conservative, joined The New York Times in 2017 after working for The Wall Street Journal. The Jerusalem Post named her among the world's 50 most influential Jews in 2019.

Bari Weiss, who worked for The New York Times as an opinion editor for three years, announced her resignation from the paper in a letter, claiming that she has been subject to "bullying" for her views and had experienced "unlawful discrimination" in a "hostile work environment".

According to her letter, The NYT failed to learn "lessons about the importance of understanding other Americans, the necessity of resisting tribalism, and the centrality of the free exchange of ideas to a democratic society".

"Some coworkers insist I need to be rooted out if this company is to be a truly “inclusive” one, while others post ax emojis next to my name. Still other New York Times employees publicly smear me as a liar and a bigot on Twitter with no fear that harassing me will be met with appropriate action. They never are... There are terms for all of this: unlawful discrimination, hostile work environment, and constructive discharge", Weiss said in her letter.

She lashed out at the outlet, suggesting that Nytimes.com had allowed Twitter to become the "ultimate editor" of the paper, turning it into "performance space".

Denouncing what she described as "bullying" by her colleagues, Weiss offered that her coworkers had failed to defend her in public, despite supporting her "privately", while discussing what she characterized as a “new McCarthyism” that has "taken root at the paper of record".

"And I certainly can’t square how you and other Times leaders have stood by while simultaneously praising me in private for my courage. Showing up for work as a centrist at an American newspaper should not require bravery", she wrote.

Weiss lambasted what she referred to as the editorial police at The New York Times for "extreme selectivity" and a lack of tolerance towards those who divert from "the new orthodoxy".

"What rules that remain at The Times are applied with extreme selectivity. If a person’s ideology is in keeping with the new orthodoxy, they and their work remain unscrutinized. Everyone else lives in fear of the digital thunderdome. Online venom is excused so long as it is directed at the proper targets", according to her letter.

She also referred to the NYT's policy towards the stories that cost several people their jobs and were supplied with an editorial note - and those that were not, outlining that the latter includes an interview with a "proud anti-Semite".

"It took the paper two days and two jobs to say that the Tom Cotton op-ed “fell short of our standards.” We attached an editor’s note on a travel story about Jaffa shortly after it was published because it “failed to touch on important aspects of Jaffa’s makeup and its history.” But there is still none appended to Cheryl Strayed’s fawning interview with the writer Alice Walker, a proud anti-Semite who believes in lizard Illuminati.

The column, written by Sen. Tom Cotton for the NYT and seen by the outlet as "calling for deploying troops" to tackle anti-racism and anti-police-brutality protests in the US, caused former opinion editor James Bennet step down from his position.

Cited by The Hill, acting editorial page editor Kathleen Kingsbury did not cover much of the Weiss resignation letter in her response.

“We appreciate the many contributions that Bari made to Times Opinion,” Kingsbury wrote. “I’m personally committed to ensuring that The Times continues to publish voices, experiences and viewpoints from across the political spectrum in the Opinion report. We see every day how impactful and important that approach is, especially through the outsized influence The Times’s opinion journalism has on the national conversation.”

NYT spokeswoman Eileen Murphy told The Hill that the outlet is “committed to fostering an environment of honest, searching and empathetic dialogue between colleagues, one where mutual respect is required of all.”