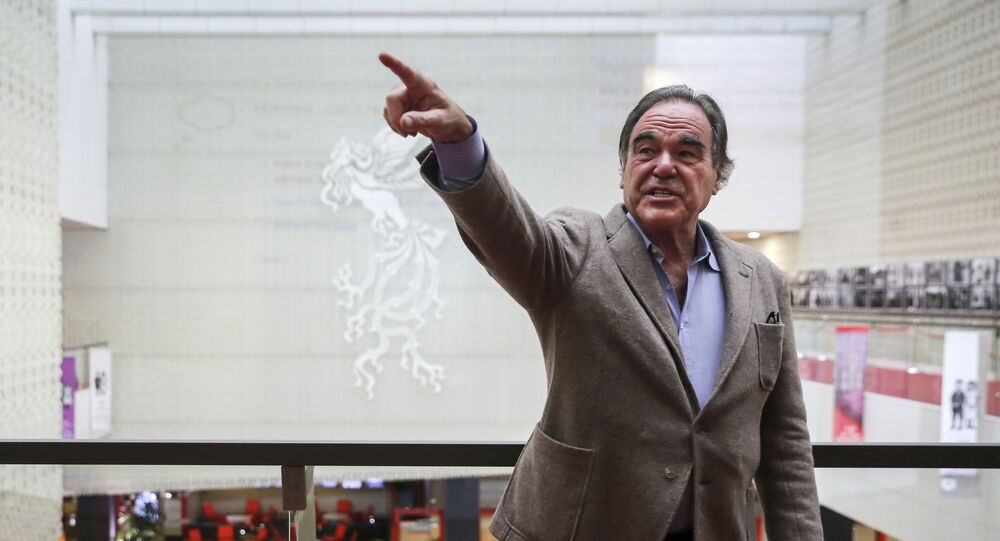 Oscar, BAFTA and Golden Globe-winning American film director Oliver Stone, noted for works including 'Platoon' and 'Midnight Express, has also created many documentaries, including "The Untold History of the United States" and has interviewed Russian President Vladimir Putin.

In an interview with The New York Times, Oliver Stone slammed Hollywood for being "too fragile" and "too sensitive", adding that "you can’t make a film without a sensitivity counselor".

When asked to expand on his assertions, Stone denounced Hollywood for "changing its mind every five, ten, two months" on preferred trends, comparing southern California film culture to the tea party from 'Alice in Wonderland' - a scene from the famous story in which Alice has tea in the bizarre company of the Mad Hatter and his surrealistic compatriots.

"The Academy changes its mind every five, 10, two months about what it’s trying to keep up with. It’s politically correct [expletive], and it’s not a world I’m anxious to run out into. I’ve never seen it quite mad like this. It’s like an “Alice in Wonderland” tea party", he said.

The director elaborated that he "read something about how films are going to be very expensive to make now", referring to coronavirus-related precautions that may extend production periods.

This is not the first time Stone has expressed his criticism toward Hollywood. Earlier, in a January interview, he criticized the American film industry for implementing "economic censorship" on him for not sticking to a preferred narrative on military movies, insisting that Hollywood has become "more censored" since 2001.

Stone is famous for such movies as 'Wall Street,' 'Born on the Fourth of July' and a series of films about American presidents - 'JFK', 'Nixon' and 'W'. He has won an Academy Award for Best Director and Best Picture after writing and directing the war drama "Platoon".

Stone has created many documentaries that raise controversial issues regarding American national and foreign policy. With his film and book "Oliver Stone's Untold History of the United States", he received criticism for "moral equivalence" from some journalists.

Stone has made several films about the American presidents and also about Edward Snowden, releasing an interview with Russian President Vladimir Putin in 2017, again drawing criticism from media for what was described as "advocacy projects towards Putin".