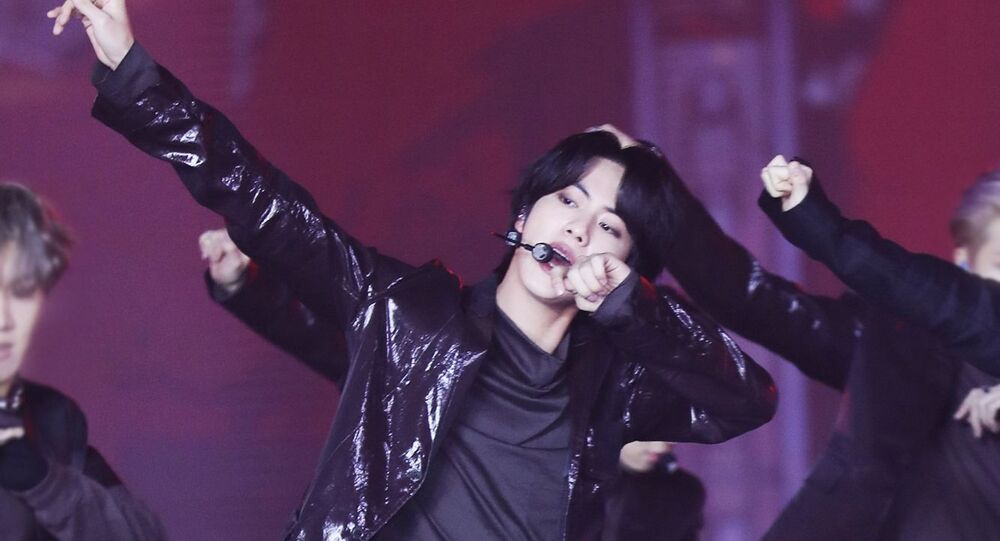 There have been speculations for over a year that a vocalist from the South Korean boy band BTS, Jin, may soon leave the group in order to perform his obligatory military service, however, no official announcement has been made. But Google search just gave some chills to the group’s fans over Jin’s potential departure.

Google has probably entered a dangerous game this week, after K-pop fans noticed that the picture of BTS singer Kim Seok-jin, simply known by his stage name Jin, has disappeared from the band’s page on the search engine. Many also spotted that Google now showed that there were “at least 6 members” in BTS, instead of seven.

Fans started to speculate that their misfortunes resulted from a deliberate campaign against BTS by its haters, or “antis”. BTS's stans, also known as the BTS Army, then rushed to act. Google was soon bombarded by complaints from the group’s fans, who requested to put the man’s pic back “as soon as possible”, claiming that he did not deserve such disrespect.

@Google HEY WHAT'S WRONG WITH YOUR APP HUH ???
ARE YOUR APP OUT OF SYSTEM OR WHAT PLEASE SOLVE BTS ISSUE THEY HAVE 7 MEMBERS WHICH INCLUDES KIM SEOK-JIN HE IS SINGER OF WORLD MOST FAMOUS BOY BAND BTS NOT ACTOR OF KOREA YOU STUPID !! pic.twitter.com/VZ7Tzrs3tK

Hello @Google !
There are some mistakes in @BTS_twt profile
1)BTS has 7 members not "at least 6" or anything else
2)Kim Seok-Jin is a member of BTS but he has no profile picture like other members. Also he didn't act in the movie "Eclipse"
We want you to fix this soon
Thank you pic.twitter.com/JjpRcWwuA9

KIM SEOK-JIN's photo has been removed from Google by some antis
..help ..help..!! pic.twitter.com/tOD7kZ7wlO

armys, plz go and send a feedback to Google cuz they took off Jin's pic from the list of the members and also changed the name from Jin (his stage name) to Kim Seok-jin (his real name), making him look like he's not part of the group..💜 pic.twitter.com/vr0n7KzfJH

Following the collective attack, Jin’s identity and status in the band were soon recovered. However, when the one decides to search for BTS participants now, Google page will show that there are “at least 8 members” in the band, with one of them being faceless “South Korean actor” Kim Seok-jin. For this mysterious man, the picture is still missing.

TF??? So now there's an 8th member named Kim seok-jin or something???👀👀👀👀👀👀 pic.twitter.com/vvEzRHsnZA

I dunno google messing up but "Kim Seok-jin South Korean actor" is pretty sexy. Meant to be I think. pic.twitter.com/8ZrH4hgjiL

Jin is the oldest member of the group and many speculated that he would be the first one to temporary leave the band in order to perform military service, which is mandatory for all males in the country aged between 18 and 28. However, the 27-year-old vocalist has never officially announced his departure from the band. Does it mean that his devoted followers were right in suspecting evil intent in what has just happened?