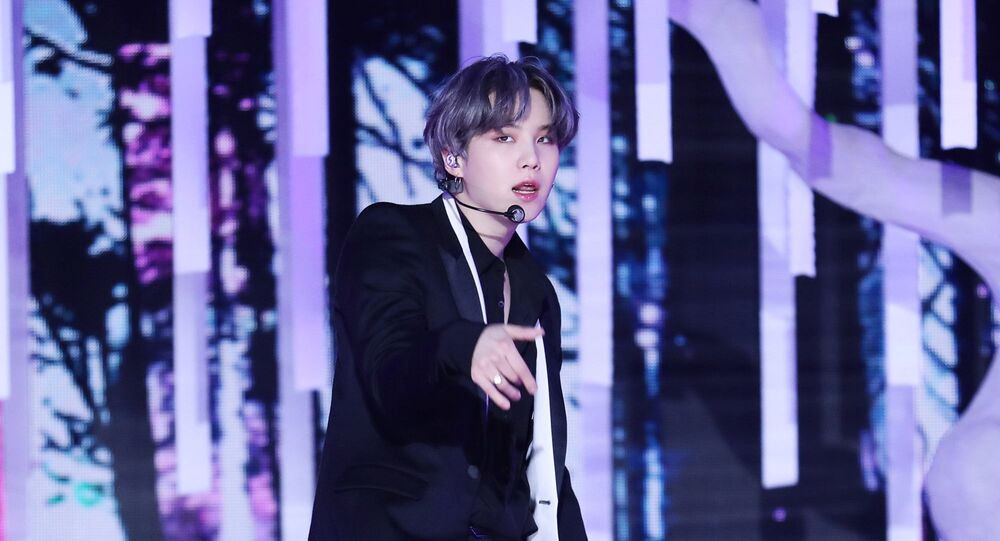 A part of a sermon of a cult leader who was responsible for the mass murder-suicide of more than 900 people was included in the track 'What Do You Think?' from a recently released mixtape.

A member of K-Pop phenomena BTS, Suga, who recently released his mixtape 'D-2' under the stage name he uses as a soloist, Agust D, has come under fire after it was discovered that a sample of Jim Jones' 1977 sermon in Jonestown was used in one of the tracks of the album. In response to the controversy, Big Hit Entertainment, the agency of BTS, clarified its position on the matter.

The agency stated that the decision to use the speech in the track was made by a producer who was unaware of who the speaker was. Also, the controversial part was removed following the discovery, and  the song was then re-released, adding that Suga is deeply sorry for the inconvenience he caused.

The topic became hot when netizens noticed during a live stream Suga made on the 29th of May that the track 'What Do You Think?' begins with a man speaking in the background, saying "though you are dead, yet you shall live, and he that liveth and believeth shall never die” and recognised the speech and voice of the American cult leader Jim Jones, who is responsible for the mass murder-suicide in 1978 of 909 of his followers, 304 of whom were children.

That made netizens, particularly Americans, really angry in light of the current situation in the US and mass unrest in the country in the wake of George Floyd's death. They blamed Army (the official name of the fandom) for not exposing Suga for using such a sample in his mixtape.

Its the way army's are advocating for black rights all over social media but are silent about Suga using the speech from Jim Jones, a man who killed hundreds of black people and children, in his song😶

he KNEW what he was putting on his song, you dont just “unknowingly” put a jim jones speech on a mixtape you’ve been planning on for so long. esp w someone like suga who is METICULOUS w his music like ,, it aint no accident hun

what suga did was wrong. y'all knew about the mixtape since 2019 and still didn't say anything about it. jim jones is a disgusting person. and y'all using that song/speech as an aesthetic is NOT OKAY. your fav did something wrong. armys AND yoongi need to own up to it.

this is what happens when you elevate your favs by imposing or giving them a “oppa is into social justice! look at their music and how they promote [issue]” image. dont even try to defend them. using someone as vile as jim jones, who poisoned 900+ in a selfish act. fuck suga

The entrenched partisanship of kpop fandom culture has spread hatred and misinformation about Seungri. It has demeaned Jay Park’s rightful support for the Black Lives Matter campaign and is now shutting down discussion of Suga sampling Jim Jones. These are all serious issues.

​Army tried to protect their favourite artist, explaining that the song has a political and religious context in that Jim Jones was anti-Korean and the topic of religious cults is quite sensitive now in Korea - one such cult was a source of Korea's COVID-19 outbreak.

Suga is not siding with jim Jones he is CRITICIZING him.
For everyone thinking he does your wrong. Go read the lyrics before you go off about him Yoongi doesn't deserve this pic.twitter.com/7YMZzQVgd5

[Clarification time]
BTS Suga aka Agust D wasn't siding on Jim Jones but instead criticizing the said man.
Please tell us more about news you want to clarify pic.twitter.com/YIIXKNp7m3

In these tweets she is talking about how the wdut song is a DISS-SONG to diss Jim Jones and to say that south Korean culture is better than the north Korean culture since Jim Jonas is a South Korea hater!!! pic.twitter.com/Ife03WDyNK