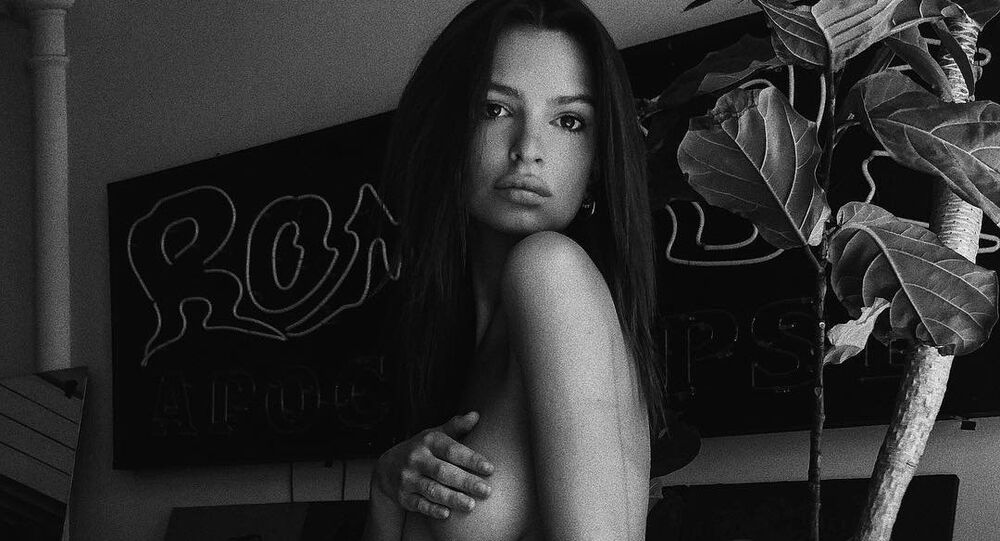 Emily Ratajkowski Blasts Sexism and Misogyny, Reveals She Herself Fell Victim to the Ideas

The 28-year-old, who has worked for such fashion powerhouses as Dolce & Gabbana and Versace, frequently appears on the lists of sexiest and most desirable women. In 2017, she launched her swimwear line, Inamorata, which she promotes on her social media by posting revealing photos of herself.

Supermodel Emily Ratajkowski has spoken out against sexism and misogyny and revealed she herself had fallen victim to these ideas in an interview for GQ's June issue.

"I remember in an interview I gave years ago, I had mentioned I liked reading and in the piece the journalist explained how he went home and his girlfriend said to him, 'Do you think she’s really read all those books?' I mean, that’s sexist! Nowadays someone would call that out", said Ratakowski.

The 28-year-old revealed how she wrote off actress Demi Moore "because she was so sexy, because she had that body".

"It just goes to show how deeply internalised misogyny is", she lamented.

Ratajkowski, who appeared in David Fincher's Gone Girl and recently became a political activist, revealed that her image is not a true representation of herself.

"I think, for me, the way I use my image and as a model and capitalise off of it has been very much about survival, rather than a representation of who I am".

The founder of the Inamorata swimwear brand, who now lives in New York City, which has the highest number of coronavirus cases, also revealed how quarantine and self-isolation have helped her to work on a book of essays.

"The best writing I do is as I'm falling asleep. I take notes on my phone and I will write down anecdotes on a topic. I'll just write them as they come; a flow of consciousness. And then usually I will look at them the next morning and, hopefully, some of it will make sense. Then I do a lot of really bad writing, where I basically fill out each of those sentences I took down as notes and hate myself. I'll be like, 'Oh, this is terrible! What are you doing with your life?' But I will get to a rough draft. The next day I go back and read through and realise some of it isn’t actually too bad. I'll line edit, rebuild paragraphs, and reorder the structure. It's a constant beating; exhausting and totally unrewarding, but I love it", Ratajkowski said.