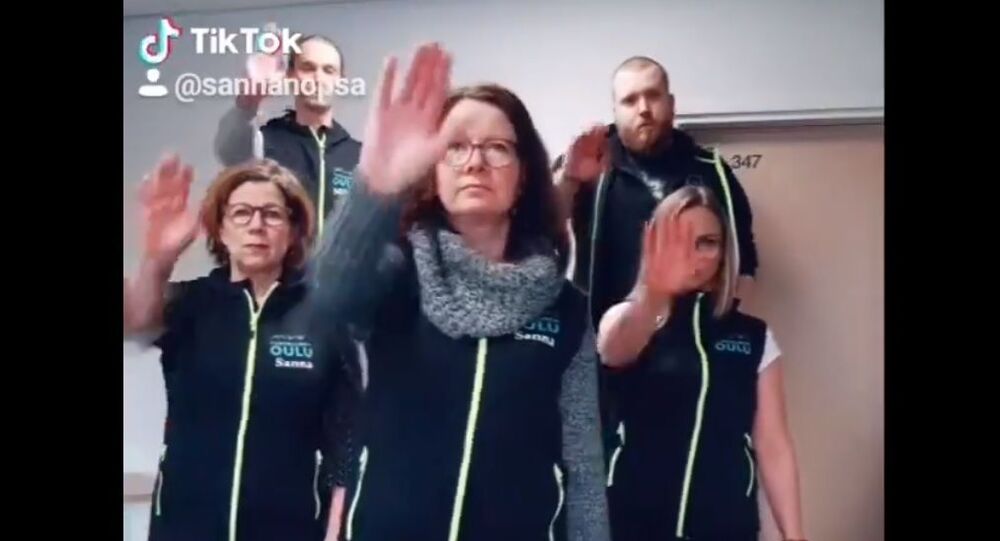 The “security dance”, widely mocked on social media, is part of a tax-funded project in Finland's Oulu Municipality aimed at raising awareness to stop sexual assault.

Oulu Municipality in northern Finland, which last year saw a series of sexual offences and became home to a major grooming gang scandal involving girls as young as ten years old, has launched a tax-funded working group called The Safe Oulu Project in order to stop sexual offences against minors.

As part of an ambition to reach out to the younger audience, the group recently launched a video on the popular social media platform TikTok with what was called “security dance”: “Stop, don't touch me there, this is my no-no square”.

On social media, the video clip has been widely circulated, gathering thousands of views and spurring many reactions, both angry and sarcastic.

“My home town has launched a 2.5 million euro project called Safe Oulu that aims at combating the (migrant) rape crisis. This is where the money goes. Kill me now. At least, be kind and lobotomize me so I won't have to live with this image in my head,” blogger Tiina Wiik, also known as Swan of Tuonela, tweeted.

My home town has launched a 2,5 million euro project called Safe Oulu that aims at combating the (migrant) rape crisis.

This is where the money goes.

At least, be kind and lobotomize me so I won't have to live with this image in my head. pic.twitter.com/NuAPAS1UQF

​Swan of Tuonela proceeded to label the so-called safety dance the “rape macarena”.

“Are you freaking kidding me? Damn how stupid you all are! This is serious, should you stand and dance away a rape???” an angry user wrote on Instagram.

Oulu's unorthodox way of dealing with sexual assault has made waves overseas, spurring a reaction from US actor and producer James Woods, who called it “screamingly funny”.

Watch each one individually. It’s screamingly funny. Now imagine Elizabeth Warren as the finger-wagging beaut in the front, Bernie as the guy in the back, etc. pic.twitter.com/xUUaiKOhE2

​Some suggested the moves were borrowed from The Bloodhound Gang music video.

​Last but not least, it spurred a reply from Titania McGrath, a famous spoof account mocking woke social justice warriors on Twitter.

“If this simple technique had been available during World War II, the Soviet Army wouldn’t have been able to commit their acts of mass rape. LEARN. THIS. NOW”, McGrath tweeted.

If this simple technique had been available during World War II, the Soviet Army wouldn’t have been able to commit their acts of mass rape.

According to the newspaper Ilta-Sanomat, Afghans and Iraqis living in the country were suspected of committing sexual crimes 40 times more often than Finns.

Following the migrants' involvement in the grooming gang scandal that shook the Nordic nation and was condemned by top politicians including President Sauli Niinistö, the municipality prohibited migrants from visiting child care centres and schools in various types of “integration visits”.