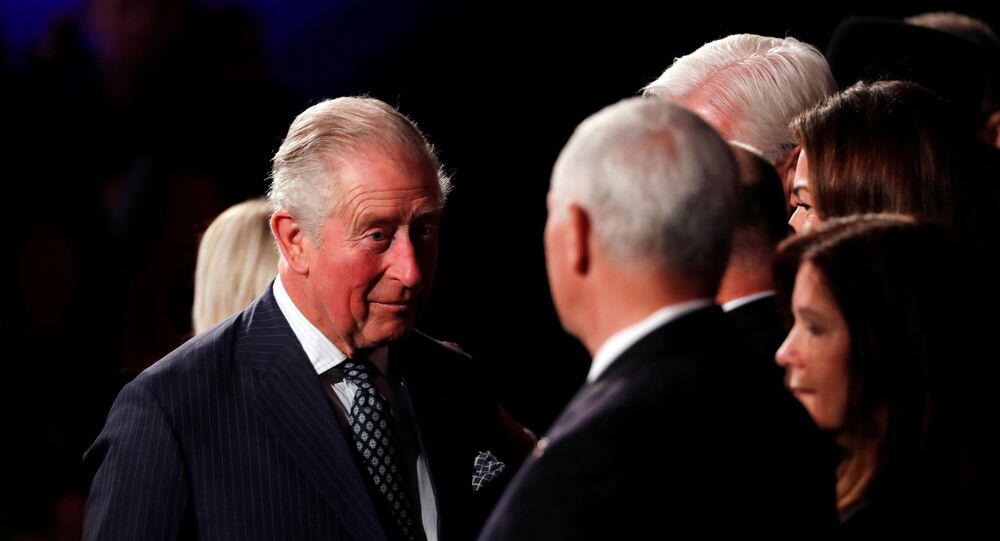 With Megxit and Prince Harry leaving the royal court for a simpler life in Canada, his father and heir to the British throne has already had a lot on his plate this January. On top of this, he now has to tackle an online storm over “snubbing” US Vice President Mike Pence at a commemoration event in Jerusalem.

Prince Charles has denied claims that he snubbed US Vice President Mike Pence while greeting guests at the World Holocaust Forum in Jerusalem, which were sparked by a viral video. The clip, which almost immediately turned into a meme, shows the heir to the British throne greeting dignitaries. He seemingly passed by Pence and his wife Karen without a handshake before a short chit-chat with Israeli Prime Minister Benjamin Netanyahu.

However, as Clarence House, representing Charles and his wife Camilla, explained he was not ignoring the US’ No. 2, as many commenters concluded: the pair had a "warm and friendly" chat before meeting at the event.

"Shortly before the Yad Vashem memorial event began the prince and Vice President Pence and his wife had a warm and friendly chat, which is why they did not greet each other again in the room”, the statement read.

This explanation was backed up by Pence's Press Secretary Katie Waldman, who posted photo proof of their chat earlier, showing the two talking amicably and smiling.

“This is not true. VP and Prince Charles spoke prior to entering the event floor and after his remarks as well", she tweeted.

This is not true. VP and Prince Charles spoke prior to entering the event floor and after his remarks as well. https://t.co/Qr79TN42Ax pic.twitter.com/LhsQVtHMRF

​However, netizens did not seem to be satisfied with this explanation.

Their meeting prior to entering the event floor went so well that Charles refused to shake Pence's hand!

Explain video? I don't care for Charles I care for our @VP Our VP even had his hand out for a shake and boney butt walked past him as well snubbing VP's assistant.

Then explain why Mike Pence's smug little smile of anticipation instantly turned into a nasty little frown. What caused Pence to suddenly get angry? Prince Charles didn't even acknowledge Pence's presence but did acknowledge Karen Pence. We see what we see.

Why would he skip them? I’m sure he spoke to those other leaders before as well. He sailed by mother, too. 😂

in other words: Ignore the evidence of your eyes... What you clearly saw on the video didn't actually happen. pic.twitter.com/0ETLWaDUvk