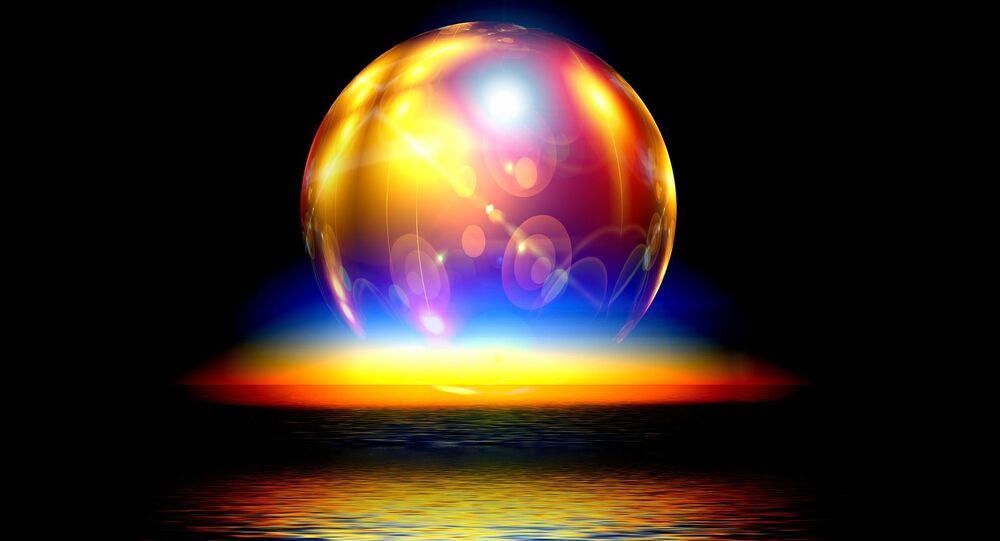 The year 2019 has been chock-full of eerie, bizarre and unexplainable incidents involving unidentified flying objects (UFOs) in countries around the world, with the latest apparently spotted in the Central Asian republic of Kazakhstan.

A YouTuber named M M has published footage of an unidentified flying object, with the video said to have been taken during a flight from Almaty, Kazakhstan to the city of Petropavlovsk, also in Kazakhstan.

The eerie video, uploaded on 23 December, shows footage from outside the window as the passenger plane cruises over the clouds, with a glowing red geometric object spotted in the distance. The video zooms in on the object, which appears to stay stationary while slowly shrinking in diameter and disappearing from view.

The video soon caught the eye of UFO hunters, including the UFOmania YouTube channel, which pondered on what the strange orb could be. One theory was that the red orb could have been the roof of a tall building reflected by the sunset, although some users had their doubts.

The last few weeks of 2019 have proven especially rich in UFO reporting, with sightings observed across the world, from Italy and Germany to New Mexico, California, the UK, and New Zealand.

Last week, Chad Underwood, the retired US Navy pilot who filmed the famous 2004 clip of the so-called "Tic Tac" UFO off the coast of San Diego, broke his silence regarding what he saw, saying he still cannot explain the erratic nature of the object’s flight and seeming defiance of the laws of physics.

Experts estimate that about 95 percent of UFO sightings can be accounted for by aircraft, satellites, meteorites, or space junk. However, the other five percent remain unidentifiable. Piquing UFO-hunters’ interest is the fact that most of the world’s governments have been notoriously tight-lipped about such incidents. Earlier this month, the Canadian government became an exception, declassifying a trove of UFO-related documents collected over the past thirty years.