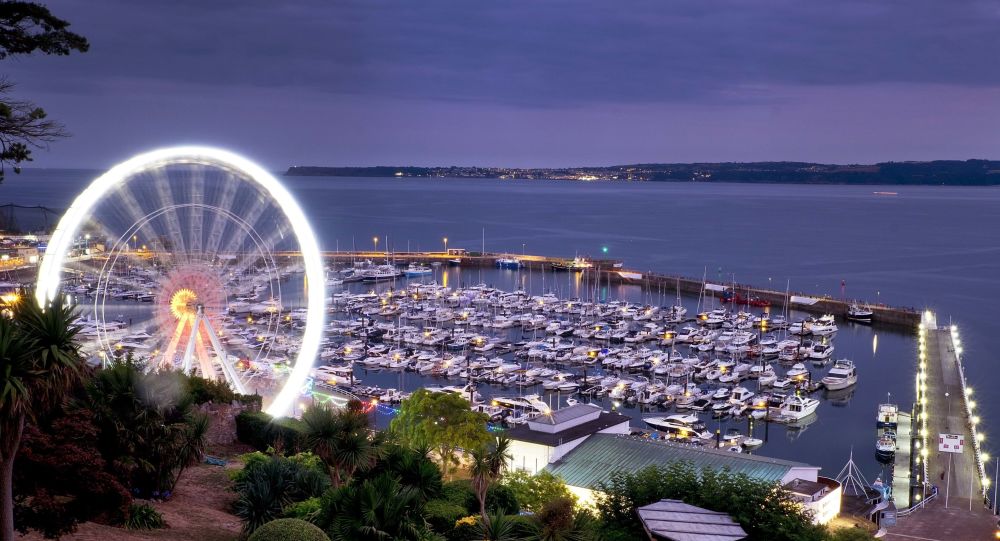 The settled life of the resort town Torquay on the English Riviera was disturbed by 20 bright objects in the evening sky. The strange show prompted onlookers to discuss what it was: a meteor shower, guests from other galaxies, or some sort of military activity.

The strange fireballs in the sky above the seaside town Torquay in south England have made residents scratch their heads. Twenty mysterious shining orbs appeared at about 4 pm, as the local outlet Devon Live reports, and onlookers voiced their suspicions and searched for answers on social media.

In total there were 20 ! It lasted 10 -5 minutes. The 4 seen in this video were the last ones appearing at the same time. All others were appearing one by one.
I will upload more videos shortly #torquay #strange #lightsInSky #9-12-2020 https://t.co/cWbfE2uTyA

​The word “aliens” inevitably popped up in the online debate.

“Spice aliens”, one of the commenters jokingly noted, while another suggested: “The new war of the worlds movie”.

Others hinted that the timing was no coincidence, as Christmas is around the corner.

However, the show did not remain a mystery for long– and the truth was less thrilling than a space invasion or Father Christmas dropping by the resort ahead of the busy festive season.

HM Coastguard confirmed a suspicion voiced by many commenters online that it was flares during a training session for new recruits that took a little more time than they expected.