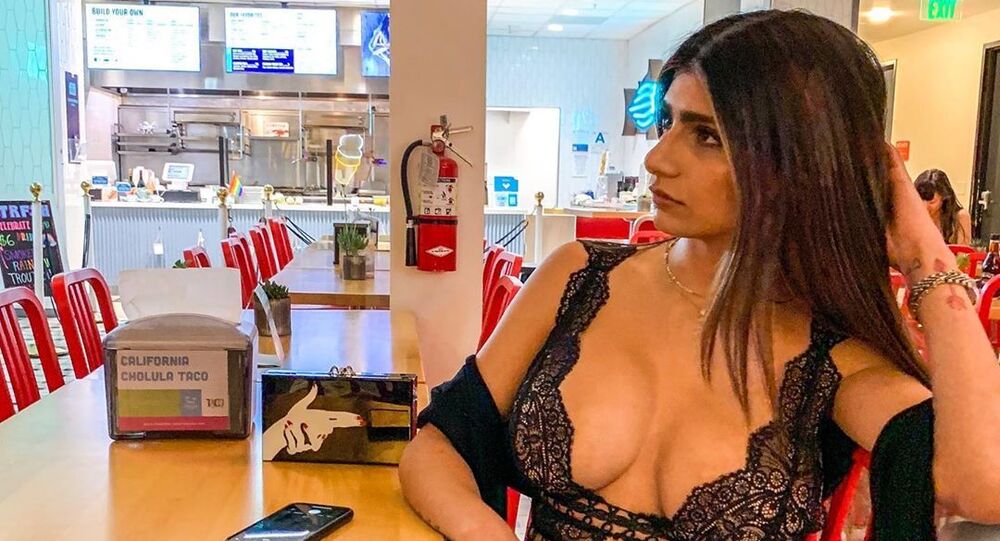 New Delhi (Sputnik): Hareem Shah, a Pakistani TikTok star, has clogged the headlines due to her controversial videos: she previously claimed to have filmed a “famous Pakistani cricketer” allegedly exposing himself to her while he masturbated.

Sensational Pakistani TikTok queen Hareem Shah has once again made it into the headlines for schooling her fans: this time she has asked them to stop comparing her to Bollywood actress Katrina Kaif.

Shah claimed that she was much prettier and hotter than Kaif:

Will you people stop comparing me with Katrina Kaif? I look way better than her - more pretty, cute & hot! pic.twitter.com/cjzniapvmX

Netizens apparently took into consideration her call, and have found another famous actress to compare her with, namely former adult film star and prominent social media personality Mia Khalifa:

Hareem, meanwhile, recently alleged that she was mobbed by hundreds of people at an event and “touched inappropriately” by one of them.

​The Pakistani entertainer has often been mocked for her bizarre social media posts. Sometimes she compares herself to Indian actress Katrina Kaif; sometimes she announces that she has declined a Bollywood movie starring superstar Shah Rukh Khan because she is a “patriot”.

​On 30 October, Hareem claimed to have recorded a video of a “famous Pakistani cricketer” allegedly exposing himself to her while he masturbated.