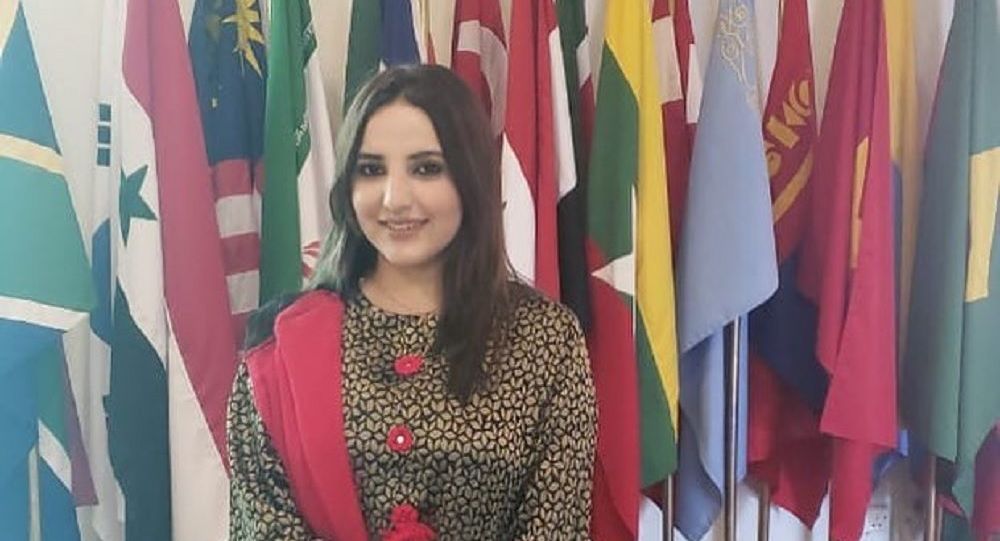 New Delhi (Sputnik): A social media video of Hareem Shah posing with a chair belonging to Pakistan’s Foreign Minister in a Foreign Office conference room went viral in October of this year. Shah later claimed that a senior official had facilitated her entry in the office.

Pakistani TikTok celebrity Hareem Shah claims to have been mobbed by hundreds of people at an event and “touched inappropriately” by one of them.

Shah took to Twitter to post the video and shared her deep sense of annoyance and outrage on having come across such “shameless people”.

Attended an event where hundreds of my fans mobbed me. One of them touched me inappropriately. Kesy kesy besharam log hain iss dunya mein.. #MeToo pic.twitter.com/zPgAZKwdsa

Shah has a flair for courting controversy: the TikTok star’s shooting of a video in the Foreign Ministry in October prompted an official inquiry as to how Shah gained access to the room in the ministry.

Barely a month after the Pakistan Foreign Office video, yet another video shook social media.

In a video last month, Hareem was seen dancing with a member of the provincial assembly (MPA) from Gilgit Baltistan of the Pakistan Muslim League-Nawaz, Muhammad Ameen.

In the clip, she is seen grooving with Ameen at a private hotel, while his friend is showering currency notes on the TikTok star.

A number of her other videos with Pakistan’s political leaders have made a buzz online: her earlier videos with Pakistan Tehreek-e-Insaf (PTI) MPAs along with one she made with PTI MPA Fayyaz ul Hasan Chohan also went viral. With over 1.5 million followers on social media, she often shoots videos with another TikTok star Sandal Khattak.