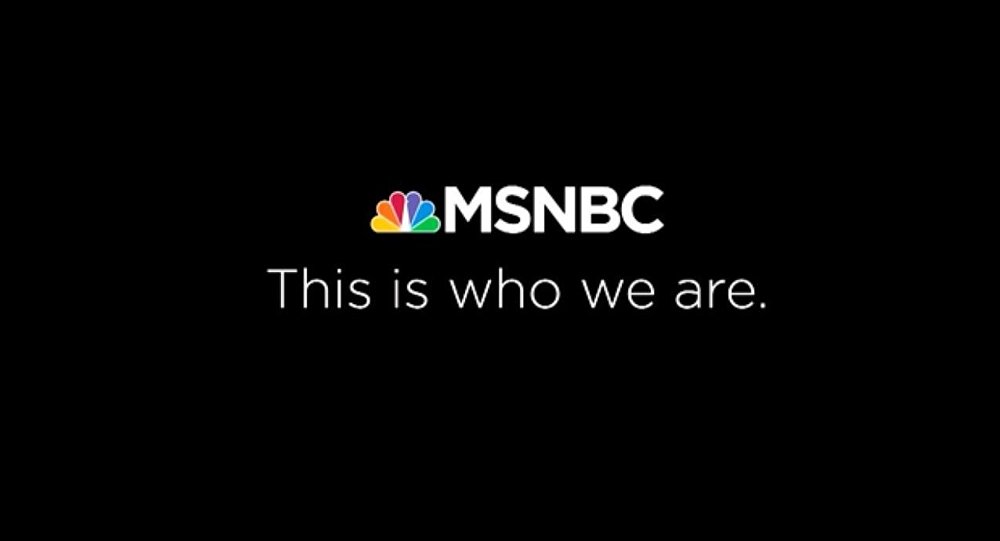 MSNBC host Joy Reid issued a correction and apology to viewers on behalf of the station after “mistakenly” showing an image of a notorious white nationalist rather than the former US Navy secretary during a Sunday segment on her show “AM Joy.”

Not long after Democratic presidential candidate and South Bend, Indiana, Mayor Pete Buttigieg and his campaign received backlash for their misuse of a Kenyan woman’s stock image, MSNBC is now caught up in a photo faux pas of its own.

Richard Spencer, the co-organizer of the deadly Unite the Right rally back in August 2017, has received increased attention over the past two years following his polarizing appearances on CNN and other Western media.

However, the self-proclaimed white nationalist has recently found himself being referenced not for his controversial views and discriminatory language, but for the fact that he shares a name with former US Navy Secretary Richard V. Spencer. In a Sunday broadcast of “AM Joy” concerning the recently ousted Navy secretary, the show’s producers apparently dropped the ball and mixed up their Spencers.

What is going on with the production team of @JoyAnnReid? This is the wrong Spencer! Yikes. pic.twitter.com/ALDNxB7eCK

“I want to make a quick correction. This is a pretty big correction. Earlier in the segment as we were talking about former Navy Secretary Richard Spencer, we mistakenly showed the wrong image of white supremacist Richard Spencer,” Reid said during the Sunday broadcast, adding that MSNBC was “very, deeply sorry for that mistake.”

The latter Spencer also commented on the matter.

“On some deep, unconscious level, America wants me to be in charge of the U.S. Navy,” the white supremicist said in a Sunday tweet.

Despite Reid’s apology, many netizens were not convinced that MSNBC simply made a careless mistake.

I feel like some folks over there need to speak up and tell @MSNBC to get their act together right now.

I don't know what's going with things, but from tech to programming to invited guests and topics, it's as sloppy as it gets right now. Not YOUR fault, I realize. But, oof.

I swear every day there's always something where the leftist media is saying "We made a mistake." Happens with @MSNBC all the time.

If only a multibillion dollar broadcasting company could tell the difference between governmental officials and white nationalists. pic.twitter.com/jwKyYGryq6

Other Twitter users revisited Reid’s not-so-distant history of “mistakes,” such as those unearthed in 2018 through scrutiny of her old blog - which included conspiracy theories on 9/11 and anti-LGBT remarks.

@JoyAnnReid if you're issuing retractions- how about addressing your disgusting homophobic blog posts & your dishonesty when they were discovered.

You blamed time traveling Russian hacks for changing your blog + making you sound homophobic. You are homophobic and a hack.

Russian time traveling hackers did it

Hey look at you taking responsibility for your mistakes instead of blaming Russian hackers. Kudos!