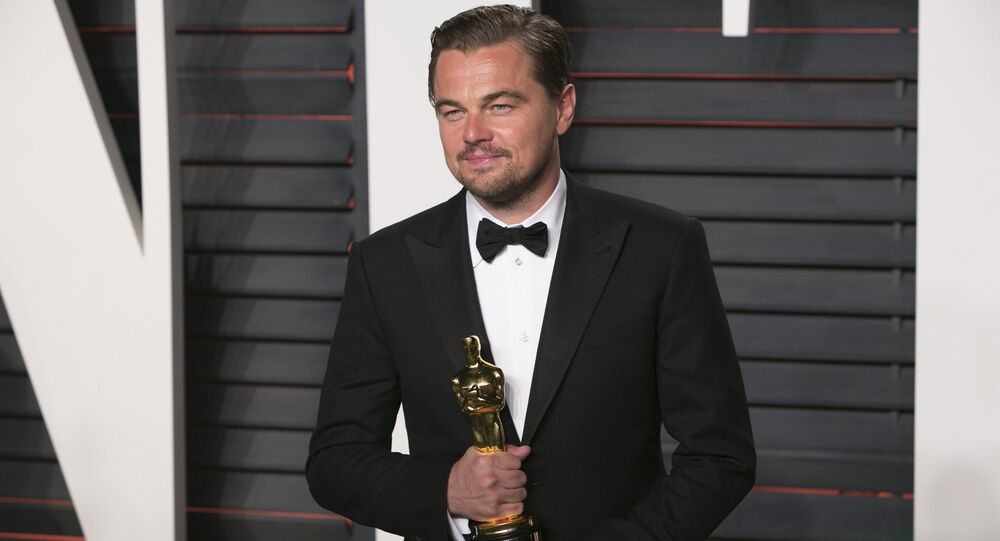 Acclaimed actor Leonardo DiCaprio is also an environmentalist and philanthropist, creating the Leonardo DiCaprio Foundation in 1998 to support organizations and initiatives dedicated to securing a sustainable future for the planet.

Actor Leonardo DiCaprio has met 16-year-old Swedish climate activist Greta Thunberg, calling her a “leader of our time” and saying that they have made “a commitment to support one another,” as he posted two photos of him and Thunberg posing on a sunny hillside to his Instagram account.

“It was an honor to spend time with Greta. She and I have made a commitment to support one another, in hopes of securing a brighter future for our planet,” wrote the actor of Thunberg, who rose to become the figurehead of the Fridays for Future movement and has an impressive number of awards and accolades in her portfolio.

As the Titanic star extolled the teen’s commitment to climate activism, he wrote:

“There are few times in human history where voices are amplified at such pivotal moments and in such transformational ways – but @GretaThunberg has become a leader of our time.”

The 44-year-old DiCaprio summed up:

“History will judge us for what we do today to help guarantee that future generations can enjoy the same livable planet that we have so clearly taken for granted. I hope that Greta’s message is a wake-up call to world leaders everywhere that the time for inaction is over.”

Social media users were split in their response to the posts, with some staunchly applauding the efforts of the environmentalists:

We watch all Leonard Di Caprio movies & we respect Greta Thunberg & wish them all the success in this world for saving the Climate . https://t.co/vruWkDJN49

​Other comments on social media were not so positive, as users lambasted the actor and the climate activist as “hypocrites”.

Yeah, nothing more beautiful than an "eco-warrior" sitting there smiling with a guy who flies around in gas-guzzling jets and diesel-guzzling yachts all day long.

The person in this picture is one of the greatest actor of our times...
The other person is Leonardo Di Caprio#SaturdayThoughts #LeonardoDiCaprio #GretaThunberg pic.twitter.com/cZeVGhVCWR

Two hypocrites side by side, both of these people have released more carbon into the atmosphere that most of us will ever.

thousands of environment activists, scientists, entrepreneurs are working selflessly day in day out but out of all of them he finds her as real crusader. when will we recognise the real heroes of humanity and environment. what contribution did she make except acting brilliantly.

I’m glad they hit it off. Maybe DiCaprio can show Greta his private jet which he uses to pick up environmental awards or the 400 foot yacht he holidays on which is owned by a Middle Eastern oil billionaire.

Thus, when accepting the Oscar for The Revenant in 2016, he spoke about climate change and urged viewers to act, saying:

“Climate change is real, it is happening right now. It is the most urgent threat facing our entire species, and we need to work collectively together and stop procrastinating,” he said.