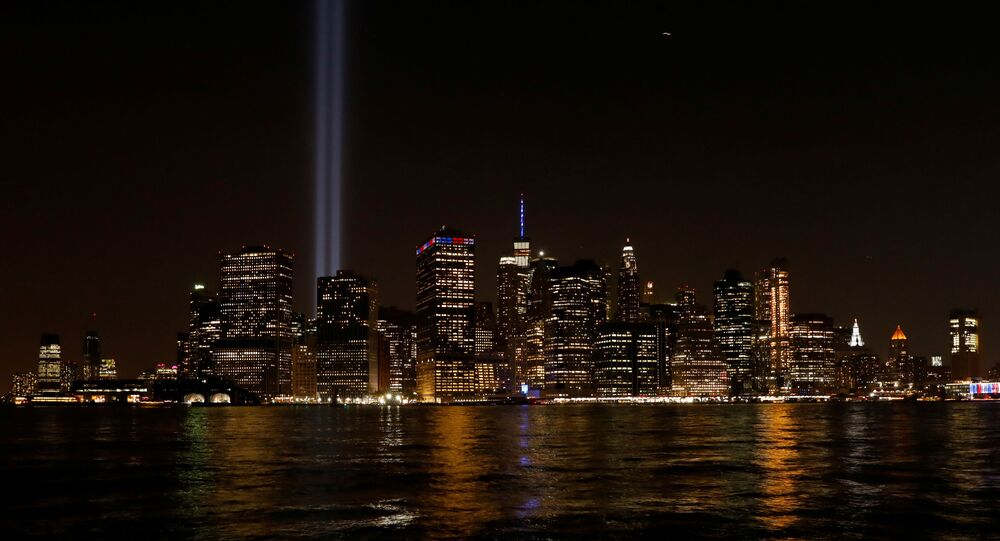 The UFO hunter speculated that extraterrestrial craft are often seen near "historical locations", musing that it might be related to space aliens’ interest in human emotions evoked by events related to such areas.

Stalwart UFO hunting enthusiast Scott C. Waring once again strives to attract public attention to an alleged alien craft sighting which, if he is to be believed, took place high above New York City on this year's anniversary of the 11 September, 2001 terrorist attacks.

As Waring explained in his blog, the startling discovery was made by another UFO hunting enthusiast named Orlando Bosca who "keeps an eye on the live cams, checking them daily for possible catches" (though the veracity of the video he uploaded on YouTube could not be immediately confirmed).

Commenting on this development, Waring argued that while "there is lots of evidence that UFOs are interested in historical events," a UFO could allegedly be seen “in the videos of the actual crash of a plane into a building” during 9/11, though he didn’t specify exactly which videos he was talking about.

"Often we see UFOs are (sic!) historical locations...probably watch how the humans emotions and passion to keep such events in memories changes the cultures," he mused.

Earlier this month, the conspiracy theorist also claimed that a UFO was caught on camera while soaring above The Hamptons in New York.