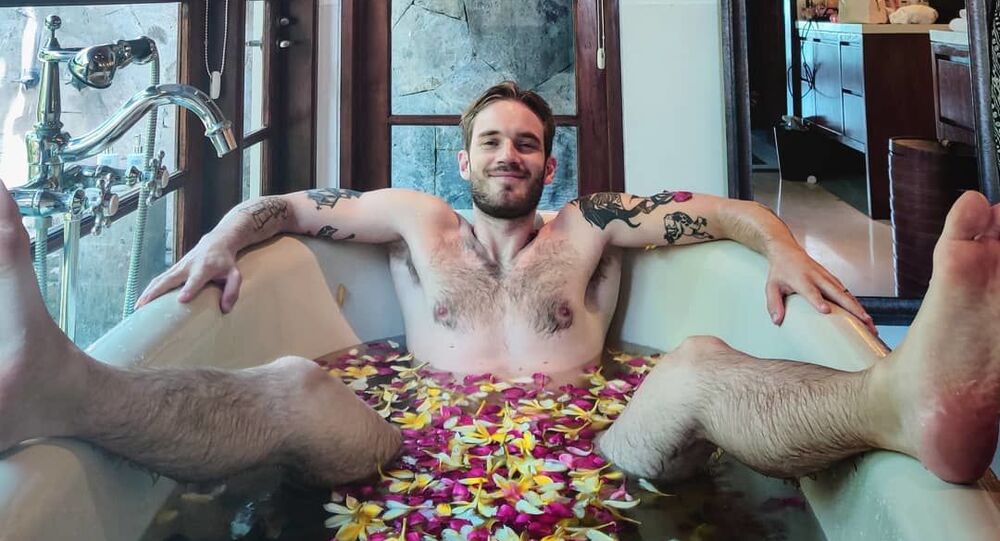 Earlier in the year controversial internet personality Belle Delphine pulled a stunt by offering to sell her used bathwater, drawing criticism from many creators across the internet and resulting in her being banned from the platform

YouTube celebrity Felix ‘PewDiePie’ Kjellberg has offered his own twist on the banned Instagram celebrity Belle Delphine’s bathwater stunt, promoting his own bottles.

The Swedish king of YouTube released a video on 7 September, riling up his fans about his own collection of bathwater.

In his weekly Meme Review from users, when an earlier photo resurfaced of him on his honeymoon, Pewds used it as an excuse to promote his latest line of merchandise.

“That’s right everyone, this is just a promo for my new bathwater. Yes, it costs $29 - that’s a great price! Limited time bathwater!”

Going even further, the Swede offered to undercut Belle Delphine by a dollar.

The video shows him holding a Minecraft water bottle, paying homage to his return to Minecraft in the last couple of months.

This was also a great opportunity for the Swedish phenomenon to plug his store, which has recently been updated with new lines of merch after he became the first individual to reach the 100 million subscriber mark on YouTube.

PewDiePie was responding to earlier requests from avid fans to release his own version of the bathwater when an image of him on his honeymoon went viral.

While honeymooning with his new wife, Italian designer and media personality Marzia Bisognin, Pewds snapped a hysterical picture of himself sprawled in a bathtub filled with water and a bunch of petals.

His fans were swift to draw parallels with Internet celeb, Belle Delphine and her bathwater stunt.

Earlier in the year, controversial internet personality, cosplayer, and Instagram star Belle Delphine, known for provocative content, had decided to take her fame to a whole new level by selling her bathwater to her thirsty fanbase. She aired her idea in an Instagram post on 1 July.

While she is now banned from the platform, PewDiePie is the latest content creator to have fun with her legacy.