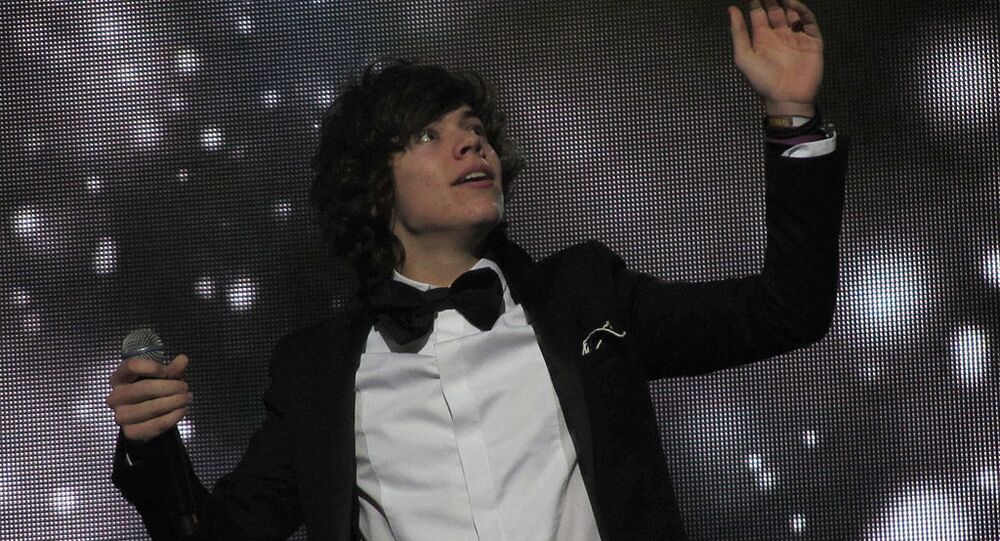 British singer-songwriter Harry Styles, formerly of boy band fame, struck out on his own as a solo artist in 2016. Releasing a brash 2017 solo debut, he has since gone his own way, and become more popular than ever.

A small-town English lad of 16 who became his generation’s pop idol with One Direction, singer, songwriter and actor Harry Styles, 25, has opened up on taking hallucinogenics to boost his songwriting during an interview for Rolling Stone's September issue with Rob Sheffield.

Discussing the creative process, the ex-boy band wonder revealed once biting a chunk out of his tongue when high on magic mushrooms.

He claimed he experimented with the shrooms at Rick Rubin’s studio in Malibu, in order to help boost songwriting ideas.
Speaking to the publication, he said:

"We’d do mushrooms, lie down on the grass, and listen to Paul McCartney’s Ram in the sunshine. We’d just turn the speakers into the yard".

The Sign of the Times hit maker pointed to a corner, saying:

"This is where I was standing when we were doing mushrooms and I bit off the tip of my tongue. So I was trying to sing with all this blood gushing out of my mouth. So many fond memories, this place".

Despite a successful solo career, Harry confessed to feeling nostalgic, saying there might come a time when all the band members will want to reunite.

Other band members have refrained from any mention of a possibility of a comeback, yet Harry didn't rule it out.

"If there’s a time when we all really want to do it, that’s the only time for us to do it. I also think if we went back to doing things the same way, it wouldn’t be the same, anyway", he said.

The artist’s fans on social media were quick to appreciate the artist’s candour and charm, as they took to Twitter, many expressing their admiration for the singer, while also competing to be witty.

I KNEW IT WAS SHROOMS OMG

​Some responded quite seriously to the magic mushroom incident, acknowleding Styles was courageous to come forward and tell his story:

What a courageous young man to come forward and tell his story. More evidence to support my theory that mushrooms should not be legalized under any circumstance in any state for public consumption. A professional psychiatric evaluation and monitor event dosing only.. possibly.

​Other users went on a droll meme trip:

Harry Styles shot to fame at 16 when taking part in X-Factor. Despite being eliminated early on, he was brought back to become a member of the boy band One Direction.

Striking out on his own, Styles signed with Columbia Records as a solo artist that same year.