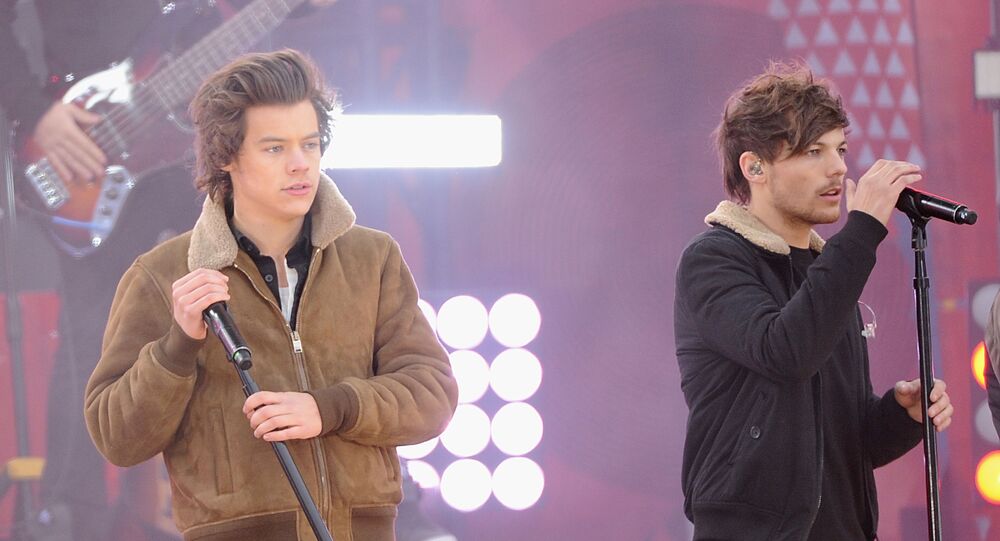 HBO's new teen drama has generated loads of buzz and controversy due to depictions of drug use and sex, with the second episode of the show featuring a bajillion penises in one scene.

The sequence brought one character's fan fiction to life and actually used a real-life example of a fan conspiracy theory about Styles and Tomlinson's alleged secret romance during their time in the band by referring to the pair as Larry Stylinson.

As many One Direction fans have blasted HBO for being "disrespectful" to the guys, Tomlinson replied to one of them that he "can categorically say that I was not contacted nor did I approve it".

I can categorically say that I was not contacted nor did I approve it.

Upon becoming aware that the animated sex scene was not approved by Tomlinson, many fans flooded social media, calling for the ex-bandmates to sue HBO for using their names in such a context without their permission:

i’ve never watched euphoria and i don’t plan on watching it,, but this shit is so nasty and embarrassing. things like this are the reason why they’re not close anymore. and the fact that they used harry and louis’ real names makes it worse. lawsuit wya ? pic.twitter.com/AWZnciMLfg

For everyone currently not aware, on the HBO show Euphoria a sex scene that involved Harry Styles and Louis Tomlinson (aka “larry”) was shown without consent or approval. This fan made “ship” has hurt harry and louis relationship and is something that has..#LTandHSdeservesbetter

this situation is so embarrassing n disgusting. harry styles and louis tomlinson are humans and the way hbo reifies and sexualizes them is so fucking DISRESPECTFUL. both of them deserve respect for their bodies and minds and i hope they sue that shitty program.

you and harry should sue hbo for this, its illegal to use someone else's name without permission.

they LITERALLY said "larry stylinson" and used their names,, i'm so disgusted and upset what the fuck this is so embarrassing to harry, louis, the fandom, the boys families, i can't believe this

There's even a petition to remove the scene from the episode that at the time of the writing has amassed over 13,300 signatures.