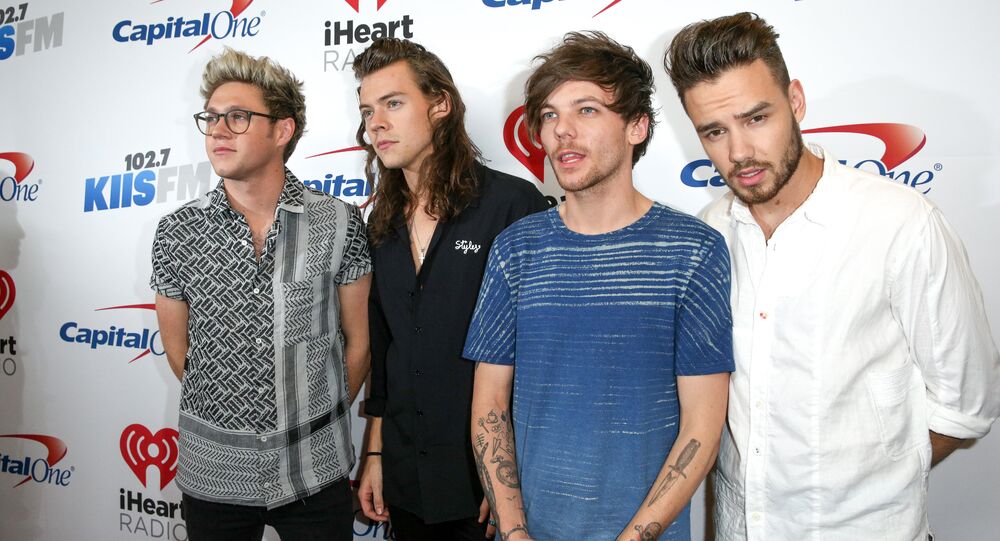 A member of the pop group One Direction has alleged that US President Donald Trump once threw the band out of one of his hotels for refusing to meet one of his daughters.

During an interview with Rollacoaster, a UK-based fashion, music and culture magazine, One Direction singer Liam Payne recalled his experience while staying at Trump Tower in New York City.

“Trump actually kicked us out of his hotel once,” Payne claimed. “You wouldn’t believe it. It was about [meeting] his daughter. He phoned up our manager and we were asleep. He said ‘well, wake them up’ and I was like ‘no’ and then he wouldn’t let us use the underground garage. Obviously in New York we can’t really go outside. New York is ruthless for us.”

Twitter
Oops! HuffPost Uses Photo of Ex-One Direction Member Zayn Malik in ISIL Story
Payne added, “So he was like, ‘OK, then I don’t want you in my hotel.’ So we had to leave.”

It is unclear which daughter wanted to meet the band, but New York Magazine speculates that it may have been the youngest, Tiffany Trump, as she is closer to the age of most One Direction fans. Payne also did not specify when the alleged incident took place.

Trump, a former reality-television star himself, has not ceased to battle with celebrities since taking office in January.

In the BADBADNOTGOOD video for the remix of the song “Lavender,” released on Sunday, 45-year-old Snoop Dogg is seen holding a toy gun to the head of a clown dressed as President Trump. A “bang” flag pops up after the rapper pulls the trigger.

Instead of ignoring the inflammatory imagery, Trump took to Twitter to blast the rapper and assert that a video depicting a presidential assassination would have earned him jail time under the Obama administration.

“Can you imagine what the outcry would be if @SnoopDogg, failing career and all, had aimed and fired the gun at President Obama? Jail time!” Trump tweeted on Wednesday.

Trump Claims US, Germany Will Cooperate 'Fantastically Well' on Trade