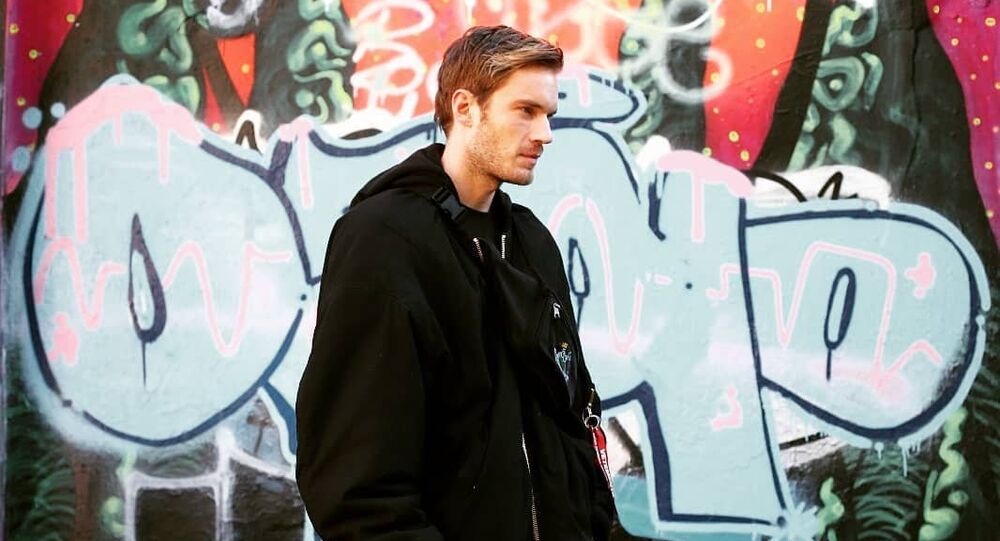 The Hollywood actor took the video platform by storm six months ago with his channel Jablinski Games, dedicated to gaming, food, and life. In his YouTube debut, he teased the King of YouTube, dubbed for his most subscribed private blog, and promised to beat him. However, it seems that there are no hard feelings between the duo.

YouTube star PewDiePie along with fellow blogger and Jumanji: The Next Level star Jack Black will team up for livestreams to back Mental Health Awareness, the website Game Revolution reports, citing a press release. The two will pair up for streaming during a session of Minecraft Battle Royale. PewDiePie, whose real name is Felix Kjellberg, will stream on the platform DLive, while Jack Black is opting for his YouTube channel Jablinski Games, launched at the end of 2018.

“One-in-two people will be diagnosed with a mental health condition in their life. To improve mental health awareness for creators within the gaming industry, DLive is partnering with PewDiePie and Jack Black’s Jablinksi Games for a livestream fundraiser in support of charity”, the statement says.

The charity livestream session is scheduled for 21 July and donations will go to charities working with mental health in the gaming community. According to the press release, streamers and bloggers often feel under “tremendous pressure that leads to a toll being taken on their mental health”, which can result in burnout and overwork.

Jack Black started conquering YouTube in December 2018, presenting his channel dedicated to "games, food, and life” called "Jablinksi Games”. He announced in his very first video that he was going to be bigger than PewDiePie, who was involved at that time in the epic race for the title of the most subscribed YouTube channel with T-Series. Although he is still far behind the proclaimed YouTube King’s 97 million followers, Black has managed to amass about 4 million subscribers.