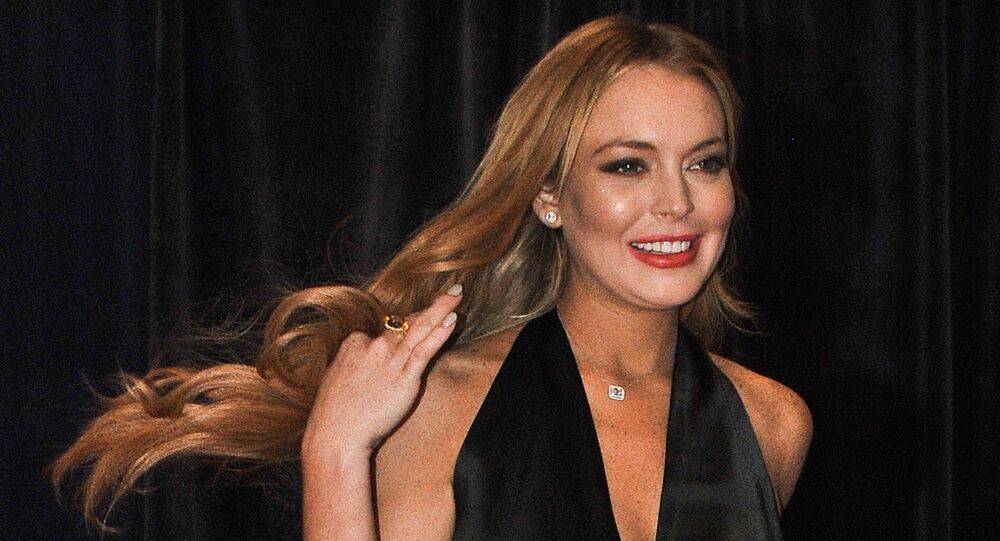 The former child star-turned troublemaker celebrates her 33d birthday on 2 July. She marked the date by posting a selfie in her birthday suit, wearing only jewels, and exciting netizens with her pic.

Actress Lindsay Lohan has celebrated her 33d birthday in her very own fashion, inflaming her millions-strong following on Instagram with a naked selfie in nothing but diamond-like earrings, sparkly ring and three golden bracelets. The star photographed herself sitting on the floor in a white-walled and hardly furnished room with legs crossed and shielding her private parts from curious peeks and Instagram ban for too much nudity.

Her birthday suit in every sense has prompted a mixed reaction in the comments section. Many applauded the move, sent her best wishes and praised the beauty, proclaiming her a “queen of birthday suits”.

“She is really beautiful...” one commenter posted, while another could only exclaim “Gostosaaaaa” and “Yaaaaaaaaaaass”.

There were those who were left in doubt over the furnishings in the room.

Others felt inspired and asked themselves whether they should follow her example: “What if I posted something like this on my feed”.

Lindsay Lohan, who has travelled a long road from a promising teenage star to a scandal-ridden celebrity, recently spent some time on the Greek island and European party mecca of Mykonos, where she starred in a reality show in which she runs a club. However, it is not clear if she is still there because it has been reported that her club was closed and the second season of her show has been cancelled amid poor reviews and declining ratings. The star has refuted these speculations.

Lindsay Lohan for US President in 2020?