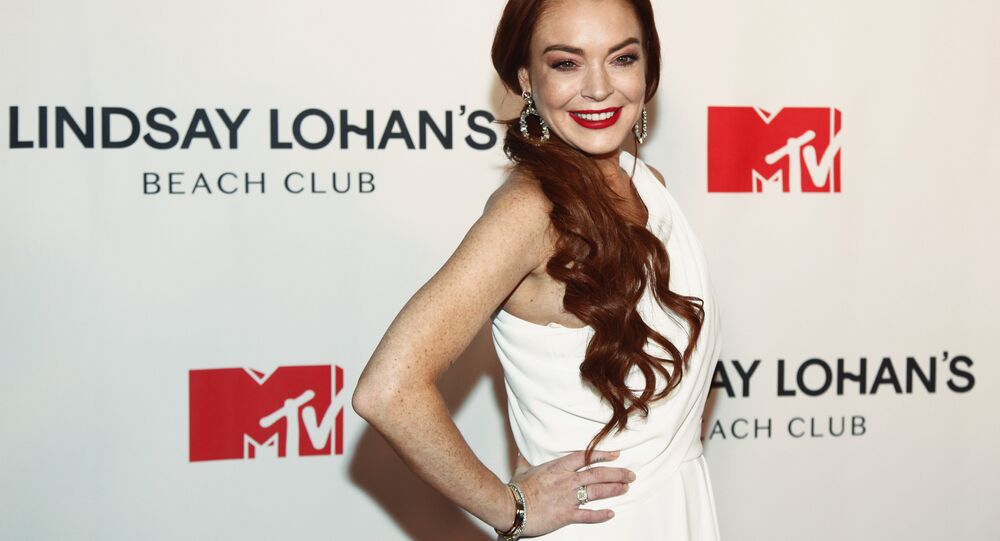 Lohan has featured in an MTV reality show about her own beach house, although her life has been a reality show of its own kind. She was recently hit by a refugee in an altercation which broke out after she accused an alleged homeless couple of trafficking their children.

"The second you become emotional, I'm going to become [Vladimir] Putin", Lohan, 32, told her business partner in the premier episode of Lindsay Lohan's Beach Club, MTV's new series about her beach club on the Greek island of Mykonos. "I have no emotion when it comes to money and business."

While Vladimir Putin is known to be an even-tempered person, it was unclear to many — including Lindsay Lohan herself — what was behind her unexpected comparison. "I don't know what I meant by that!" the "Mean Girls" star confessed in an interview with The Hollywood Reporter.

Lohan recently caused a storm on social media after being punched by a refugee. In September, she livestreamed herself approaching what she thought was a refugee family; she tried to separate the kids from their parents, because she thought their mother was "trafficking" them.

While the family tried to escape Lohan, she kept on chasing them, murmuring words in a thick foreign accent and in indistinct Arabic. As she seemed to take some of the kids, the woman apparently knocked her down and hurried away, leaving her standing and weeping.

Scent of a President: Putin-Inspired Perfume 'Not Approved' by Kremlin