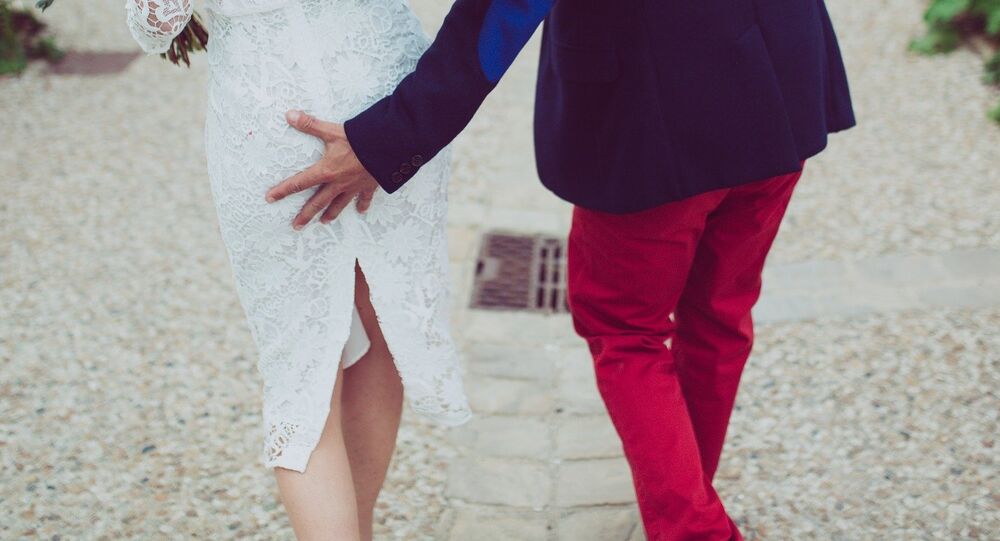 The 54-year-old Alibaba co-founder addressed his newly-wedded employees after a conventional ceremony, eagerly sharing a couple of his golden marital tips with them.

Jack Ma, an English-teacher-turned-co-founder and chair of e-commerce company Alibaba Group, has met a barrage of criticism…and tons of laughter after heartily advising his newlywed employees to have sex as regularly as at least six times in six days.

Ma dropped his comments while speaking at his company’s mass wedding, which is an annual event that takes place on the so-called “Ali Day” on 10 May at the company’s headquarters in Hangzhou in eastern China, where the 54-year-old father of one initially started running his business from his private apartment.

When taking the floor, he referenced the corporate “spirit of 996”, which means working shifts from 9 am to 9 pm six days a week, stressing that the at-work principle, which he called a “huge blessing” despite employees’ earlier protests, should be replaced with the principle of “669 in life”.

“What is 669? Six days, six times, with duration being the key”, China’s richest man said to the 102 couples at the ceremony, as cited by Technode and Business Insider, with the word “nine” sounding similar to “long” in spoken Chinese.

As he was leading the solemn ceremony, with the brides and grooms clad in traditionally red wedding gowns and suits respectively, the businessman urged the newly-minted families to procreate, referring to children as a couple’s essential product:

“The first KPI of marriage is to have results. There must be products. What is the product? Have children”, Ma said.

Netizens couldn’t get past the rhetoric after the quotes were posted to Alibaba’s official page on the Chinese social network Weibo, accompanied by a winking emoji symbol, sparking massive outrage.

“This is just revolting”, one comment reads, the English translation being cited by the Daily Mail. Some Chinese netizens, meanwhile, assumed, as it was spotted by Technode, that the mogul was promoting an increased birth rate in the country, where it was on the decline throughout 2018, despite the Chinese government ditching the “one child policy” back in 2015.

“Jack Ma is following the state in promoting having more babies”, one Weibo user said.

“Is this funny? Not one bit”, another Weibo user said.

“If an ordinary person said this it would be considered as part of the ‘straight man cancer’”, one of the posts on Weibo reads, raising 6,500 likes by 11 May. “Straight man cancer” is a widespread Chinese neologism referring to sexist men who disregard women’s feelings – “a misogynistic viewpoint that hinders progress towards gender equality”, according to China Digital Times.

Another user butted in by picking up, tongue-in-cheek, on the proposed extremely tight “schedule”:

“996 during the day, 669 during the night, I guess after less than a month I might have to stay in the intensive care unit forever”.

Another opted for a similar hilarious remark:

“You are now estimated to be only suitable for 996", one user ironically responded, countering the criticism.

“The park kindergarten is just around the corner [喵喵]”, another said laughingly.

“Ma Dad”, a different user posted, along with a heart emoji.

Many appear to treat Ma’s words in a genuinely positive way:

“I can understand it….it’s lively, it’s very grounded”, one user butted in.

An Alibaba spokesperson addressed the issue in a statement, arguing that “Jack offered light-hearted life and marital advice” to the newlyweds that included the tip “that the value of love, unlike coding, can’t be measured or calculated”, he was quoted by Technode as saying.