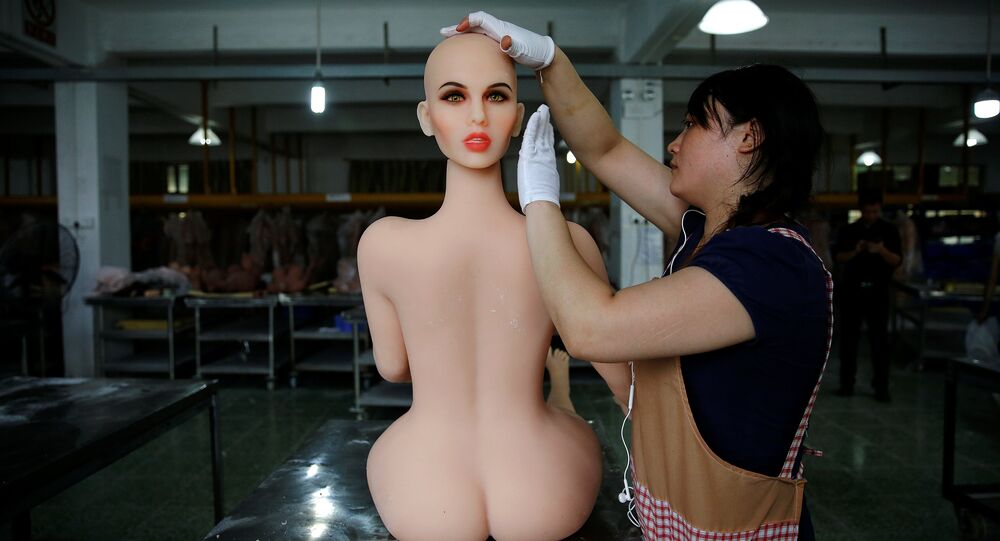 Although the company has modestly admitted cherishing no ambition to make their adult toys strikingly human-like, more technological advances are highly welcome to attain their comprehensive marketing goals.

China-based WMDOLL, which manufactures AI-powered sex dolls capable of moving and talking without human involvement,  has embarked on an extraordinarily ambitious project to build the first ever android with impeccable cognition and full body activity.

#sexdoll is real?#thegreatdays2018 #PulpFiction & #Pray le 28 Juillet 2018#Zhongshan #China
A worker assembles a sex doll at the #WMDoll factory. The factory has more than 200 full-time staff, and all the dolls are handmade pic.twitter.com/cAwAkdABo8

WMDOLL's AI dolls, first launched in 2016, are known to be customized in terms of height, breast size, eye color and skin tone, but as Liu Ding, the company's product manager noted, more robotic advancements still have to be introduced to attract a greater number of customers. For the time being, the US market, where half of the company’s production is sold, is the most lucrative, with the price tag per item ranging from $1,600 to $7,370.

"Of course we're not expecting to make our AI dolls that human-like, after all we're just making adult products," Ding told Reuters, adding that whatever the case, they find it important to make the limbs move naturally.

There is yet another company set to develop and mass produce a full body movement doll  – that is DS Doll. The company released a video in May showcasing the first prototype of this kind – a sex robot, whose limbs move autonomously, whereby the Chinese firms aim to challenge US and European manufacturers.

I just watched a documentary about China this morning. They said that, because of the lack of women (due to strict child policy in the 80s), the industry of silicon dolls has exploded. Means a lot concerning their vision of women, and sex with them!

Sex doll production has taken the Chinese economy by storm in recent years, with local firms enthusiastically making artificial intelligence and robotics breakthroughs.  Some firms cater not only to the sensual needs of their customers, but have further expanded their activity:  for instance one of the top sex robot manufacturers Atall Intelligent Robot Technology from Shenzhen has recently shifted its attention to vulnerable social groups and taken over the job of providing AI companions to China’s ageing population.