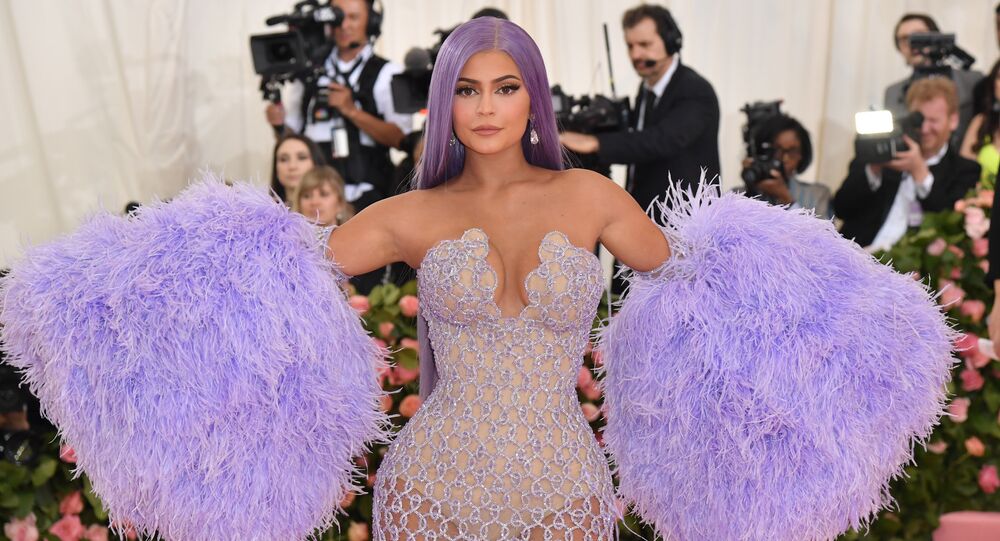 Make-up artist and YouTuber James Charles found himself in hot water last week after his friend and mentor, a fellow internet personality, posted a video, in which she explained that she was ending their years-long friendship.

Beauty guru Kylie Jenner has become the latest celebrity to press the unfollow button as James Charles, a 19-year-old YouTuber and make-up artist, was accused by fellow vlogger Tati Westbrook of manipulating people’s sexuality, among other things.

Despite previously collaborating with Charles, who became the first male ambassador for CoverGirl in 2016, on a Halloween make-up look last October, Jenner couldn’t apparently help but react to the Charles-Westbrook drama.

The YouTubers’ feud has already led Charles to losing more than a million subscribers in just 24 hours, and as of 13 May, he has lost 2.5 million subscribers on the video hosting platform. On top of this, dozens of celebrities have started unfollowing him on Instagram, including Kylie’s elder sister, Kim Kardashian, singers Mylie Cyrus, Katy Perry, Iggy Azalea, etc.

Everyone’s favourite YouTuber PewDiePie has also weighed in on the Westbrook-Charles feud in his new video in a bid to explain why James has been dumped by so many people:

“Full disclaimer, I’m not excusing his behavior, I don’t think it’s right. But with this massive amount of backlash he’s facing the biggest subdrop that anyone has ever faced on YouTube. It seems to me that a lot of people respect this Tati figure, at least in the beauty community, and James Charles is already this controversial figure people aren’t sure about. It seems a lot of people are latching onto that to sh*t onto James Charles. Which I get, that’s funny. People are like ‘ha ha ha unsubscribe’”.

The Swede, in fact, said with a chuckle that it seemed like Tati went public with her accusations to implicitly advertise her own supplement company, which saw the Charles-Westbrook friendship go down the drain.

The unexpected drama between Charles and Westbrook has sent shockwaves through the beauty influencer world after Tati uploaded a video, in which she explained what happened to their friendship.

The 37-year-old vlogger said that James had posted an Instagram video about gummy vitamins, which appeared to be a direct competitor with her beauty supplements – something which Tati viewed as a betrayal.

Even though James apologised to her, Tati said that it wasn’t just the supplements that were the problem: she said that it was more about his behaviour, which, she claimed, included saying mean things about fellow YouTubers and trying to sway someone’s sexuality using his wealth and fame.

“Oh my God, you tried to trick a straight man into thinking he’s gay, yet again – and somehow you’re the victim. You know it’s really disgusting to manipulate someone’s sexuality, especially when they are still emerging into adulthood and don’t have everything figured out. You are using your fame, power and money to play with people’s emotions. I don’t want to be friends with you. I don’t want to be associated with you”, Westbrook says in the video.

In response, Charles posted an eight-minute-long video to address ex-friend’s comments, and apologised for “everything that I’ve put you through over the past few weeks”.

“I’ve learned the hard way about the ways I can interact with boys [and] this is a conversation I should have been far more careful bringing into the public eye. [Tati] told me how it looked from the outside, she said talking to these boys might get you in trouble one day, and she was right”, the disgraced beauty blogger said.