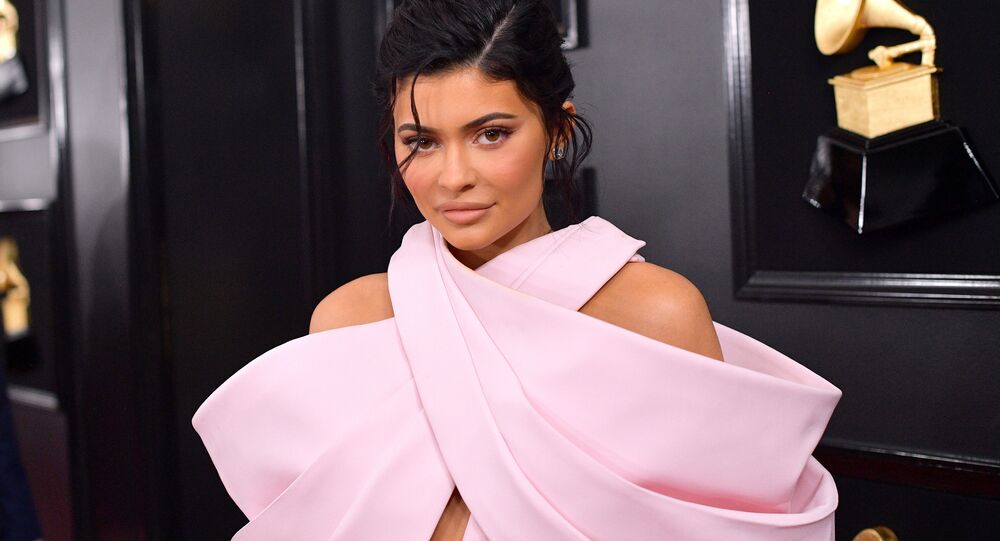 The TV stunner made it explicit earlier that she would love her first child Stormi to have a little brother or sister, and fans appear to have no illusions that the model would announce anything publicly, taking into account the way she kept her pregnancy with her first daughter secret.

“Self-made” billionaire Kylie Jenner from the blended Kardashian-Jenner clan, has more than once demonstrated her abstract acrylic nails not only in public, but online, and yesterday she traditionally took to Instagram to share a picture of her latest design pick.

back at it again with nail bae 💅🏼

“Back at it again with nail bae”, she captioned the post, showing two different colours of nail polish; but it seems there is more than just the manicure in the message that she meant to put across, as some fans suggested the pink and blue colours in the picture may in fact refer to her expecting a little sibling for her daughter, Stormi Webster.

Speculation over the cryptic message, if any, ran high, with one commenting:

The assumptions appear to be fully in line with what Jenner herself said in an earlier interview: for instance, speaking to Interview Germany, the TV star revealed that she “does want more kids”.

© AFP 2020 / JB Lacroix
'If Only We Had Fan': Users Agog as Kendall Jenner Goes Commando at Oscars Party

Last year, the "Keeping Up With the Kardashians" reality show star left her millions-strong army of fans guessing after she preferred not to reveal any details about her pregnancy up until she gave birth. Meanwhile, there is practically no reason to take Jenner’s words seriously, since she has already confused her fans once, implying in her Instagram post that she might be expecting another baby with her partner Travis Scott, but it turned out to be just contemplation.

'If Only We Had Fan': Users Agog as Kendall Jenner Goes Commando at Oscars Party