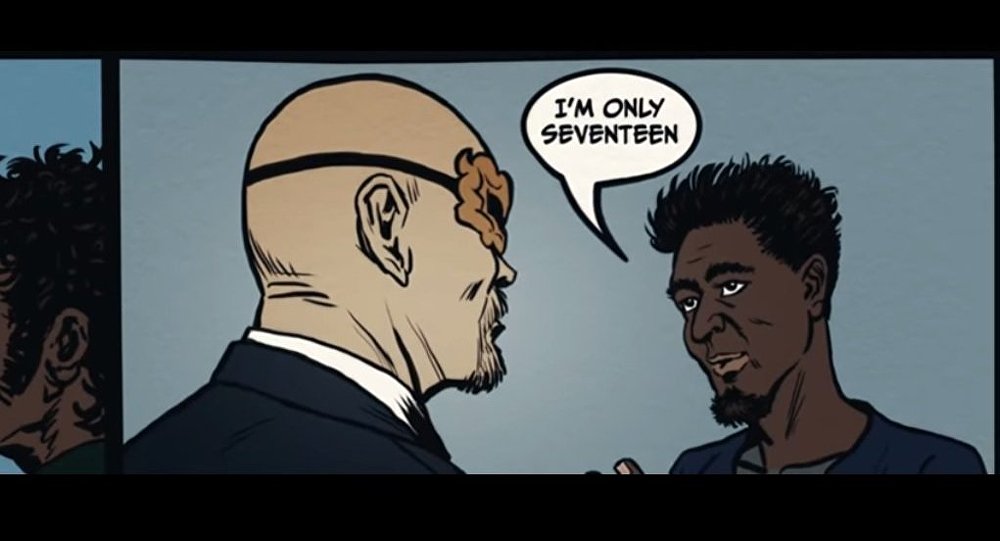 The immigration-critical Finns Party's election ad has been banned from Finnish cinemas weeks before the parliamentary election. The artfully directed video, which is reminiscent of a bombastic Hollywood production shows how the Finns Party intends to break up the political establishment.

The video, called "A story of being seriously pissed off", portrays the Finnish elites as a hotbed of corruption, greed and betrayal. Finland's Eurocrats are shown as a sleek, self-serving clique enjoying a luxurious life are openly accused of having "forsaken its fatherland's culture, traditions and its values".

"Through their legislation and taxation, they robbed their own more and more, while at the same time opening their country's borders to the foreign nations of the world," the narrator says; an animated, dark-skinned man with a beard is shown saying "I'm only seventeen".

The video then shows blond girls being assaulted by immigrants, whom the narrator describes as "those who never needed a place of refuge". "The country that was once a safe place for the women and children was now a place of the past", the narrator says as dramatic music plays.

"These decision-makers took their country's media and made it into their own propaganda platform," the video further asserts. Those who dare to oppose, are being branded racists.

The video culminates with a thriller, ending with a hero defeating the ugly monster, whereupon Finns leader Jussi Halla-aho calmly explains that in reality, no one will come and save anybody. According to him, the old parties won't change their objectives, which is why his compatriots themselves need to vote for change.

Following criticism from left-wing activists, Finland's cinema company Finnkino, which is owned by US-based AMC Theaters, decided to stop the Finns' election film from being aired in their cinemas.

"Finnkino stands up for tolerance, freedom of expression and democracy, and does not accept racism or discrimination," Finnkino tweeted.

This marks a conspicuous U-turn, since Finnkino originally announced they had no problems with the video.

Nevertheless, within a matter of several days, the Finnish version of the film gathered hundreds of thousands of views on YouTube.

Meanwhile, Finland is heading toward a general election on 14 April, and recent surveys suggest a major hike in popularity for the Finns, who suffered a bitter schism in 2017. Half of the party, including its founder and perennial leader Timo Soini, left to form the Blue Reform party. In Finnish and Swedish, the Finns are still known as the True Finns and remain opposed to globalisation and immigration.

Recent polls place the Finns third with 15.1 percent, up from single-digit performance in opinion polls following the schism.