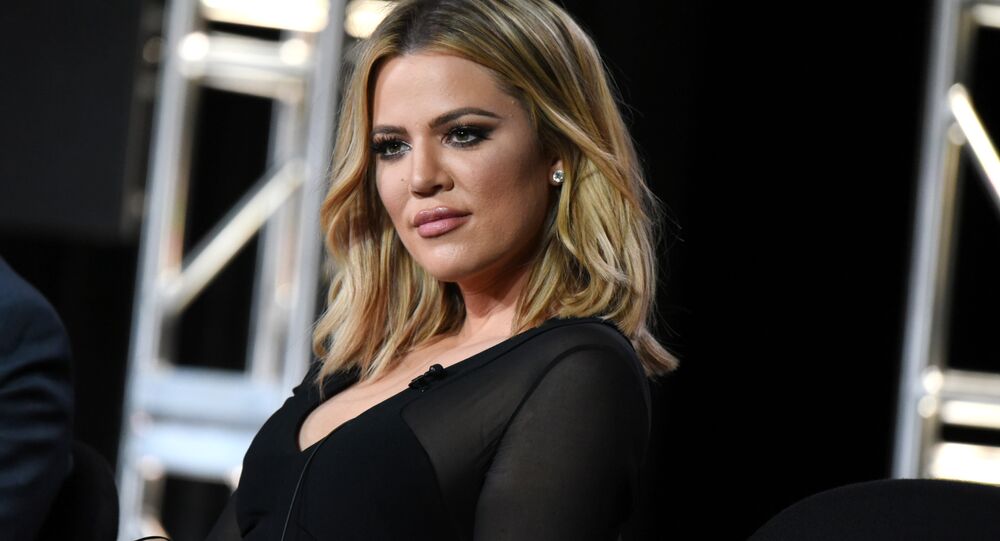 Khloé Kardashian just can’t catch a break this week: first, news broke that her boyfriend and father of her daughter Tristan Thompson had cheated on her once again, and now she’s being brutally teased on social media for what seems to be a botched Photoshop.

In an ad for her denim brand, Good American, Khloé Kardashian is seen laying on a mirrored surface while sporting a white crop-top and pale pink skinny jeans, accentuating her curves.

A little crop goes a long way 💕 There’s a reason why our cropped skinny jeans are best sellers, shop this shape-enhancing style in sizes 00-24 now on goodamerican.com #goodsquad #goodwaist @khloekardashian

Social media users, however, quickly spotted that the reflection showed Khloe’s waist larger and more realistic than her pictures, and started mocking the fashion mogul for what they called a major Photoshop fail.

Comments poured into the Instagram post and Twitter with netizens accusing the brand, which claims to advocate body positivity with the motto “made with your body in mind”, of editing both Kardashian’s face and body.

Khloe Kardashian photoshops her body, but forgets to photoshop her reflection on the floor. pic.twitter.com/BrU3k5yWbv

@khloekardashian nice reflection bro… next time you try to photoshop some pounds off, remember to do the reflection too. 😂

FRIENDS Khloe Kardashian forget to photoshop the reflection in her Instagram picture and Im DONE with twitter for the night 😂 #Kardashian #KardashiFAIL pic.twitter.com/sHhSq86sCZ

Not only is the reflection incorrect, her face has been transplanted from another photo (look at the neck) @khloekardashian you're better than this. Find a better image editor than those at @goodamerican pic.twitter.com/oTjGcmWgF0

Khloé, who is currently living through another family crisis as her boyfriend Tristan Thompson is said to have once again cheated on her with her sister Kylie Jenner’s best friend, Jordyn Woods, has yet to hit back at critics.

In the meantime, she has already struck back at Woods, who has officially been removed from the size-inclusive brand’s website despite modelling for Khloé’s denim line since its launch in 2016.

Although Khloé hasn’t commented on Tristan’s alleged infidelity yet, her sister Kim Kardashian has seemingly jumped to her sibling’s defence on social media:

Would you prefer she lose the 💰 too? A single mom has to work too boo! This was a professional commitment planned far in advance and you better believe she is not waiting on anyone to pay her bills or provide for her daughter. PERDIODT!!! https://t.co/FU3VorGzqx

According to TMZ, Khloé and Tristan have called it quits after he was purportedly caught “making out” with Woods at a party in his Los Angeles home over Valentine’s Day weekend.

Thompson, with whom Kardashian shares 10-month-old daughter True, was previously caught cheating on her in April 2018, just days before she gave birth.