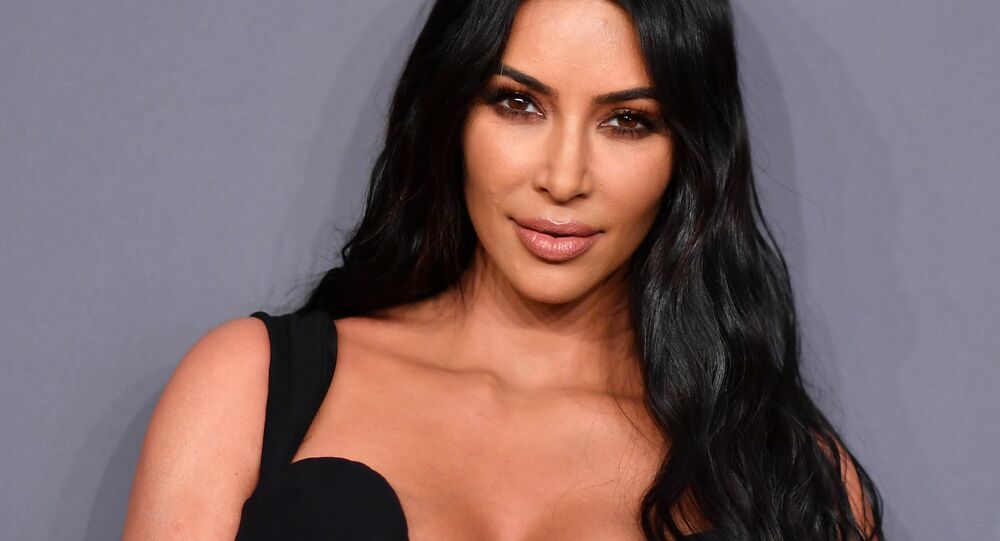 Kim Kardashian appeared to be unaware that Fashion Nova stole the design of the vintage dress she wore and insisted she was devastated by the news. However, social media users insisted that there's nothing wrong with wanting to buy clothes at a cheaper price.

Diet Prada, a prominent Instagram account that has emerged as a fashion industry watchdog, has raised suspicions that Kim Kardashian West might have helped a competitor rip off a high-end designer.

The 'Keeping Up With the Kardashians' star donned an extremely revealing vintage gown by French designer Thierry Mugler to the Hollywood Beauty Awards on Sunday. The following day, the exact copy of the dress was released by e-commerce brand Fashion Nova before the original dress even hit the market.

Although Fashion Nova's designers could have tailored the dress after seeing photos from the ceremony, Diet Prada hints that Kim might have leaked ir to the fashion company in "sneaky lil collaboration".

To substantiate these claims, Diet Prada showed files from the photo shoot with the Mugler replica, which were allegedly leaked by Fashion Nova model Yodit Yemane.

UPDATE: See “MUGLER” story highlight for a screenshot of the date of the Capture One session (it’s labeled 02-14-19). Fashion Nova Mugler knockoff shot 4 days before Kim wore it on 02/18/19. Kim, you’ll never fess up to your sneaky lil collaborations, but we got all the receipts 😎. • ⠀⠀⠀⠀⠀⠀⠀⠀⠀ At some point recently, a fast fashion photo shoot happened featuring a vintage Mugler dress that @kimkardashian just happened to wear on Sunday night to the Hollywood Beauty Awards…and yes, it appears to be a real dress, not photoshop. Ahead of Fashion Nova releasing the dress at 9pm EST tonight, house model Yodit Yemane may or may not have accidentally leaked a story 2.5 hours earlier of photo options from her shoot featuring the Mugler replica. The file names were even labeled “Kim dress” while it’s now being called “Winning Beauty Cut Out Gown” lol. This begs the question: Did Fashion Nova whip up the dress overnight in their Los Angeles atelier after seeing Kim in it or is she peddling her vintage finds to mass retailers ahead of debuting them for a calculated, timely release? ⠀⠀⠀⠀⠀⠀⠀⠀⠀ • 📷: Getty • #kimkardashian #mugler #thierrymugler #manfredthierrymugler #bodycon #cutout #barelythere #strappy #straps #black #vintage #dress #velvet #fashionnova #wiwt #ootd #kuwtk #hollywood #beauty #kkwbeauty #kardashian #ecommerce #shady #smh #photoshoot #model #fashionmodel #dietprada

The pictures are said to have been titled "Kim dress" and, according to the date of the files, were taken on 14 February, four days before Kim debuted the dress.

Fashion Nova, however, released the gown under another name. On Monday, the $50 black dress appeared on its website under the caption "Winning Beauty Cut Out Gown".

"This begs the question: did Fashion Nova whip up the dress overnight in their Los Angeles atelier after seeing Kim in it or is she peddling her vintage finds to mass retailers ahead of debuting them for a calculated, timely release?" the truth-seekers inquired.

Kim appeared to be furious about Fashion Nov's knock-off. "It's devastating to see these fashion companies rip off designs that have taken the blood, sweat and tears of true designers who have put their all into their own original ideas," she tweeted.

Only two days ago, I was privileged enough to wear a one-of-a-kind vintage Mugler dress and in less than 24 hours it was knocked off and thrown up on a site — but it's not for sale. You have to sign up for a waitlist because the dress hasn’t even been made to sell yet.

Plenty of commenters argued that stealing looks from designers is okay because common people couldn't afford the original dress anyway.

Queen of culture appropriation is mad because affordable brands giving us fashion.

All I’m hearing is “The poor people want to dress like me and it’s not fair!” pic.twitter.com/WbGu2udmyo