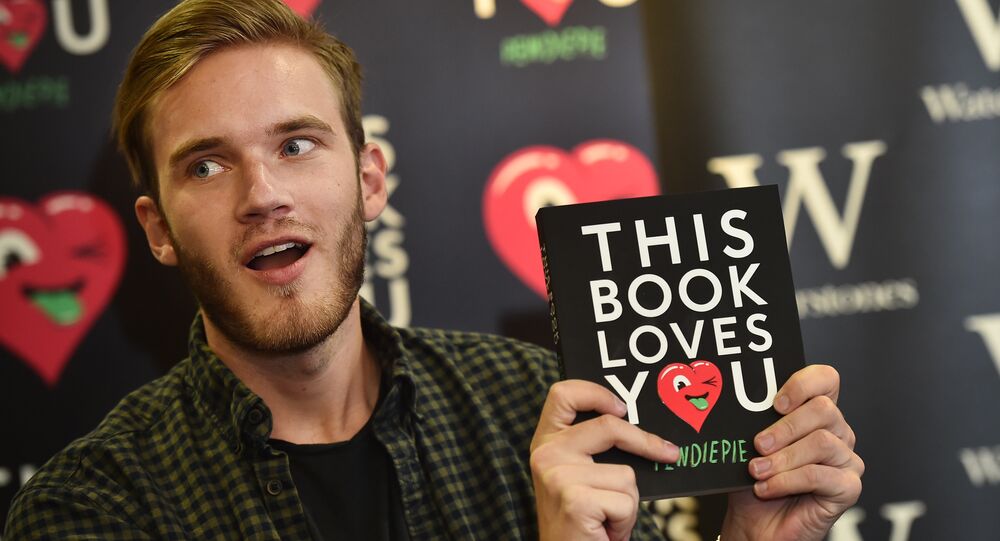 During the Super Bowl, Jimmy Donaldson (aka Mr Beast), took the online war between Swedish vlogger PewDiePie and Indian production firm T-Series for the most subscribed channel to a whole new level.

In a Monday video, titled "I Advertised Pewdiepie At The Super Bowl", Mr Beast, whose real name is Jimmy Donaldson, detailed the preparations behind his stunt to help YouTuber PewDiePie surge ahead in his battle against Indian T-Series.

WE MADE IT ON THE SUPER BOWL pic.twitter.com/il1E4ie94Y

Donaldson and his friends held "Sub 2 PewDiePie" shirts during the Super Bowl 2019 match on Sunday, and he revealed that he had bought five seats right behind the field goal, which meant that whenever someone scored, TV cameras would spot the message.

We bought seats right behind the field goal, every kick on the end zone with rams paint will have our sub 2 Pewdiepie shirts.

Mr Beast explained to his followers the reason as to why he didn't want to have an official commercial for his "Subscribe to PewDiePie" campaign:

My plan was to sell sub to pewdiepie shirts and use the money to buy the commercial (like a 10 second one) but once I started setting the plan into motion I learned that the network might deny the ad and I got scared I’d raise lots of money and get stuck with it. https://t.co/FhxzusXAZ9

They are pretty strict on what they show.

I just didn’t want to raise a million dollars and then not deliver (aka scam people) so I did the next best thing with the shirts. pic.twitter.com/QmBFhTCmuJ

The tricky thing is that the Super Bowl doesn't allow bringing banners in to the stadium, so Donaldson and his pals decided to make "blankets that are banners" to advertise the Swedish vlogger. At the same time, they took every precaution and devised a back-up plan, having made T-shirts if security guards were to confiscate their blankets.

The guys tried hard to attract as many people as they could to subscribe to PewDiePie, but on the way to Georgia, they also stopped by a local zoo, jokingly encouraging flamingos and apes to join the Pewds team.

Indeed, the guards told Mr Beast and co that the blankets would obstruct the view of others in the stadium, but eventually it turned out that they could bring them in if they showed the security guards what was written on them.

© Flickr / camknows
In the ‘Next Millennia’: PewDiePie Doubts Elon Musk Will Appear on Meme Review
They, however, decided to ditch the blankets over risking being kicked out for advertising during the match and chose to go with the T-shirts, which, as is known, were trending on Twitter and even managed to feature on sports channel ESPN.

In wake of Mr Beast's stunt, Pewds has racked up 84,241,191 subscribers, while T-Series, one of India's biggest record labels and movie studios, currently boasts 84,097,973 followers.

This relentless battle for the most subscribed YouTube channel between PewDiePie and T-Series has been under way for over 10 months now.

PewDiePie has had the most subscribed channel since 2013, but in 2018 T-Series stepped into the game, running neck-and-neck. Last year, the Indian YouTube channel follower base exploded from some 30 million to over 80 million, which was attributed to India's emerging online population.

PewDiePie vs. T-Series: Indian Channel Cuts the Lead in Race for YouTube Crown