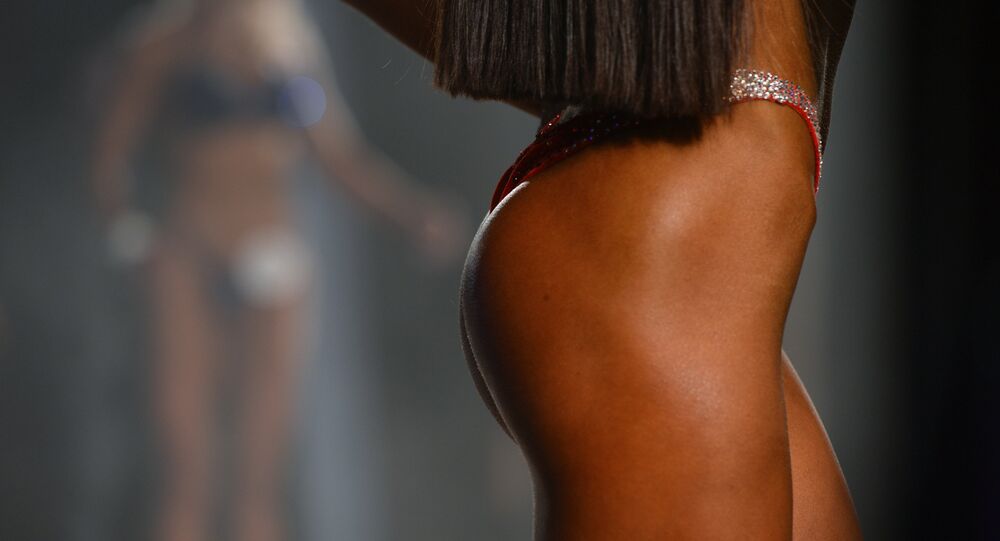 A new Australian fashion firm is making headlines thanks to its new bikini design. The high-waisted bottoms, revealing slightly more than one might wish to see at a public beach or pool, has inspired netizens to make a myriad of jokes and comparisons that were maybe a bit too graphic.

The Australian brand Beginning Boutique has made a splash with its recently presented bikini line 9.0swim. A promo pic of local influencer Olivia Mathers wearing matte bottoms was posted on the company’s Facebook page on 1 January and gained over 80,000 comments. The swimwear’s size and daringness, to say the least, as well as the design of its bottoms, which are on sale for $49.95 a piece, has led some social media users to ask themselves whether it would be appropriate to appear wearing it publicly.

It seems as though the high-waisted bottoms might let innocent passers-by see slightly more than they might like, as they barely cover a woman’s genitalia. As one user put it, it was “unusual to get better belly button coverage over flap coverage in bather bottoms”.

Another picture of a model wearing this bikini bottom while sitting with her legs spread apart was published several days later, garnering even more attention with over 100,000 comments featuring very particular wordplay, hilariously graphic references and all sorts of bawdy humour.

“It’s Beginning to look a lot like Clitmas…..” one user posted.

Some were interested in how the casting process was conducted, suggesting that “Like, is it in the ad, ‘no low hanging curtains or ‘drapes’’?”

“I'm gonna take a wild shot and say that being with her would feel about the same as having sexual intercourse with a vending machine change return slot”, another user suggested.

There was no shortage of gifs and other pics, either.