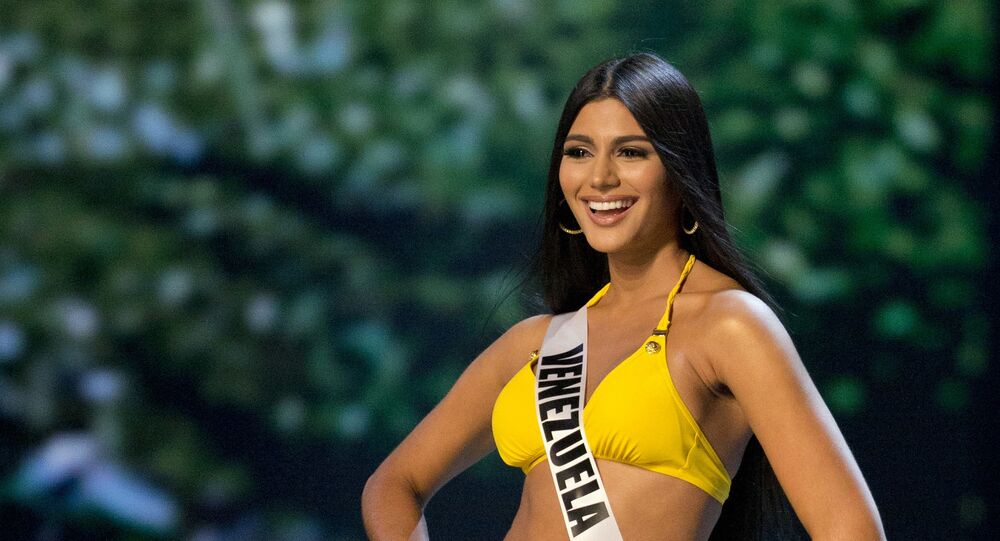 Hardly had the Miss Universe beauty pageant recovered from the debates swirling around its first transgender contestant, than new revelations by a plastic surgeon plunged the competition’s fans into heated discussions about possible restrictions in the contest.

Surgeon Froilan Paez, who specialises in aesthetic and functional nasal surgery, according to his Instagram profile, has posted before-after pictures of one of his clients, who happened to have been crowned the most beautiful woman in Venezuela and named 2nd runner-up to Miss Universe this year. In his recent Instagram entry, Paez proudly revealed the results of his skills and uploaded pictures of Miss Universe Venezuela 2017 Sthefany Gutierrez, presenting her transformation from various angles. In what looks like a thank-you post to the figures that inspired and guided him, the surgeon also tagged the beauty queen, calling the woman “a true diamond that knew whom to trust to get its best shine”.

This is not the first time a beauty queen’s image has popped up in the surgeon’s feed showing examples of nose jobs as the list of his clients includes participants of various famous beauty contests. These pictures, as well as the hashtags below it, suggest that Gutierrez had undergone rhinoplasty.

The beauty queen reportedly responded light-heartedly thanking the pro for his professional attention and excellent work, adding: “The best!! See you soon!!!”

Social media users were not so open about it. Some praised her natural beauty with comments like “She’s beautiful even without the nose job” and insisted it was not a big deal.

hello….. a lot of OUR beauty queens had enhancements as well! this shouldn't be a big deal! Cosmetic surgery… https://t.co/pnHYhJsjBd

​However, others slammed the Miss Universe contest for letting those who have had surgeries take part in the pageant along with mixed-race contestants.

Then we should also ban contestants who have undergone PLASTIC SURGERY like from INDONESIA and VENUZUELA joining Miss Universe. I believe the real essence is but by joining NATURALLY and not PLASTICALLY. Calling your natural beauty, please. Talking about NATURAL, huh? https://t.co/2mpgIgrO4k

Transgenders AND Plastic Surgery are ok but being of mixed descent shouldn't? 👏#MissUniverse

​The Miss Universe contest took place in December 2018. Catriona Gray of the Philippines won the crown. However, some netizens slammed the winner, who is of mixed Scottish and Filipino descent, for not looking Filipino enough and lambasted the contest for promoting and perpetuating Caucasian features as the “gold standard” of beauty.

This contest was marked by the buzz around another contestant, Angela Ponce, a 27-year-old model from Spain, who became the first trans woman to compete in the Miss Universe pageant in Bangkok, Thailand.

'It Doesn't Matter if You Have Vagina’: Trans Woman Sets Sights on Miss Universe