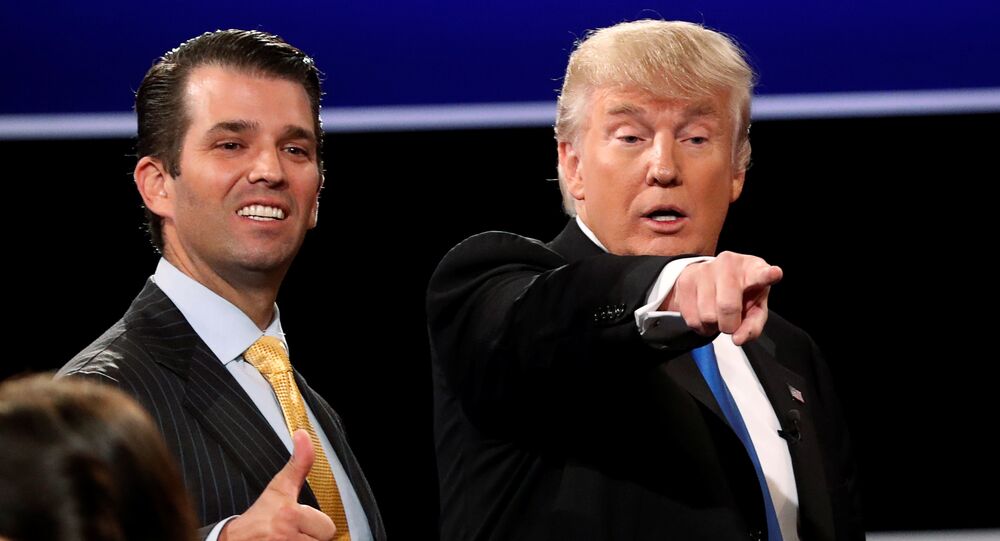 The US president has repeatedly praised himself for his special money-saving skills and business wit; for instance, when he boasted about cutting costs on the relocation of the US Embassy to Jerusalem. His son’s recent revelations prove that Donald Trump tends to thrift not only when it concerns international affairs, but also in his family life.

Donald Trump Jr has outed his father as someone who re-gifts presents, saying that the president and billionaire entrepreneur may even have re-gifted a present that his son had given him. Trump’s oldest son spilled the family secret in an interview with Extra when asked about the best or worst gifts he had ever received.

“Well, I’m the namesake, so I got regifted all the things that were monogrammed for him at times. There was one Christmas where he may or may not have given me the gift I had given him the year before because I had monogrammed it. And I’m like, ‘I know you didn’t get this.’ ‘How do you know that?’ ‘Because I gave it to you last year’”, Trump Jr revealed.

He didn’t clarify whether POTUS would re-gift the best or worst gifts, but Trump Jr seemed light-hearted about it. Social media did not take it as easily. The revelations prompted mixed responses on Twitter.

Even Trump’s opponents found a good word for the US president.

This is the first thing I’ve ever heard about Donald Trump that makes me like him. https://t.co/DKXL9gtyye

​Some joked about the president’s negligence towards Donald Jr.

And even in spite of that, it was the nicest thing his dad ever did for @DonaldJTrumpJr.

Cohen, Flynn, Mannafort, Corso, Stone, Don Jr….Dominoes all fall down when related together in Trump campaign.

Sorry Jr. this is another re-gift that keeps giving #TrumpRussiaCollusion

This is news? Everyone has re-gifted something they don’t need. Trump probably mad he couldn’t re-gift his son 😂

​Others gave way to outrage against Donald Trump, slamming him for having a lack of empathy.

Cheap with money, cheap with affection.

Re-gifting fits with the Trump lack of empathy. Prison may be the regift both reciprocate this Christmas.

Well, since trump gave us a bag full of empty promises, I guess I’ll regift them.

​Speaking to the broadcaster about his holiday plans, the president’s son also said that he was looking forward to spending Christmas with his father at the family’s private beach resort Mar-a-Lago, “getting him one-on-one and hanging out”. According to Donald Trump Jr, he’s seen much less of him since his father took over the Oval Office, but anticipated having much fun during the Trump clan’s gathering.

“If you think my father is funny on TV, you should see him around the holiday table when everyone is vying for the food”, Donald Trump Jr said.