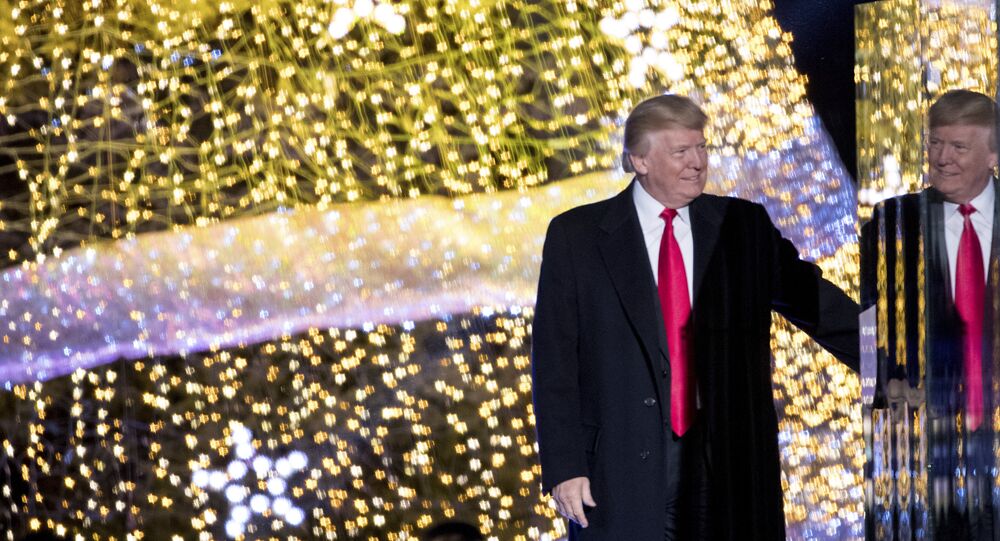 Just like his father, Donald Trump Jr is unbelievably active on social media, and one of his latest Instagram posts dedicated to the US president, aka dad, has drawn particular attention.

Donald Trump Jr has brought the Christmas spirit to his Instagram, having shared a now-viral meme showing his father as the tree topper with his army of 1.4 million followers.

“Couldn’t decide between an angel or a star. So I picked both”, the caption on the pic reads.

Having apparently predicted that the post might not be taken lightly by some followers, Donald Trump’s oldest son used a bunch of laughing emojis and US flags, as well as hashtags for “triggered”, “star”, “angel” and “Christmas”.

Although the post was liked over 83,600 times and had tons of positive comments on Instagram, Twitter wasn’t devoid of some negativity, as netizens bombarded the social media platform with messages full of mockery:

All that weight at the top of a tree? That's not going to end well.🤷🏻‍♂️

Others suggested that he was an angel – only the fallen one:

Lucifer was an angel, too.

@realDonaldTrump @donaldtrump Lucifer was an "angel" before he feel from Grace. pic.twitter.com/VFru7SRyO5

There were netizens who came up with their own descriptions:

An Angel of Darkness

Some suggested that Trump Jr was desperate for father’s attention…

Is he trying to just stay in the will, or…?

When all you want for Christmas is for dad to say I love you.