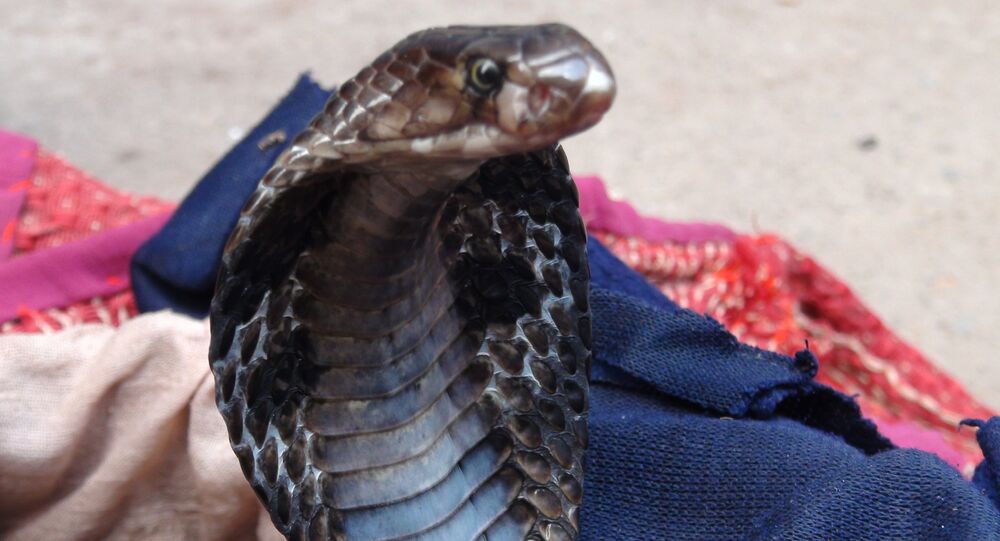 A young man’s desire to impress his friends and get a striking photo with an extremely poisonous snake has cost him his life. The cobra charmer who suggested that the victim wrap the reptile around his neck for the shot is being investigated.

A 24-year-old Indian man died after a cobra bit him as he posed with a deadly reptile at the market centre of one of the towns in the state of Andhra Pradesh. According to the Times of India, a snake charmer, who was drunk, reportedly encouraged him to put the animal around his neck. The victim resisted at first, but then agreed and even tried to scare his friends,following them with the cobra in his hands, before the fatal bite.  The tragic incident was caught on video and went viral.

He was taken to a hospital, but treatment didn’t help.

According to a local police inspector, cited by the media, the 50-year-old charmer, identified as Gurunadham Ramesh alias Ramai, earned money putting the cobra on display.

“He had removed the fangs and poison a few weeks ago. However, the snake developed the venom again. Unaware of this, the passer-by, Jagadeesh, came to the snake charmer, who handed over the snake to him,” the policeman told the media.

Police are treating the case as 'culpable homicide not amounting to murder', due to Ramesh's gross criminal negligence.