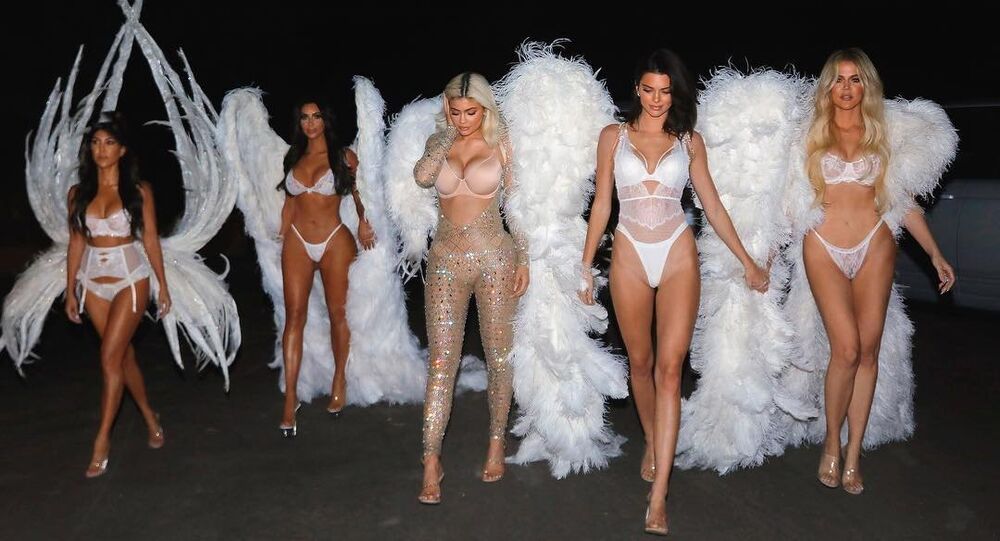 While the curvy squad of the famous reality TV clan was wearing almost nothing but feather wings for Halloween, Heidi Klum and Victoria Beckham underwent a complete transformation, making their fans’ hair stand with their party looks.

The voluptuous sisters have shared throwback pictures from the Halloween night-out on social media, exciting fans.

READ MORE: ‘Halloween is Canceled’: Creative Girl Gets Ahead in Trick-or-Treating

Kim Kardashian posted an unconventional family portrait, on her Instagram page, which got over 4 million likes.

Ariana Grande has chosen the opposite side, putting the devilish red make-up and a corsage.

While the Kardashians and Grande opted for the sexy Halloween trend, fashion designer Victoria Beckham stuck to a more traditional scary holiday look. She gave her followers chills with a killer rabbit mask.

Another modern Halloween tradition, Heidi Klum’s elaborated outfit, was also in place. Having gone as “old lady” Heidi one year and presented her “Michael Jackson in Thriller” costume another, the beauty went green and turned into Shrek’s Fiona.

RnB queen Beyoncé and rapper Jay-Z were all about sports and went as Olympians.

John Legend and Chrissy Teigen paid tribute to the British Royals. The singer shared a picture of them as Queen Elizabeth II and her husband Philip on social media.

‘Halloween is Canceled’: Creative Girl Gets Ahead in Trick-or-Treating

The Ghosts of Halloween Past: A World Tour of Spooky Celebrations