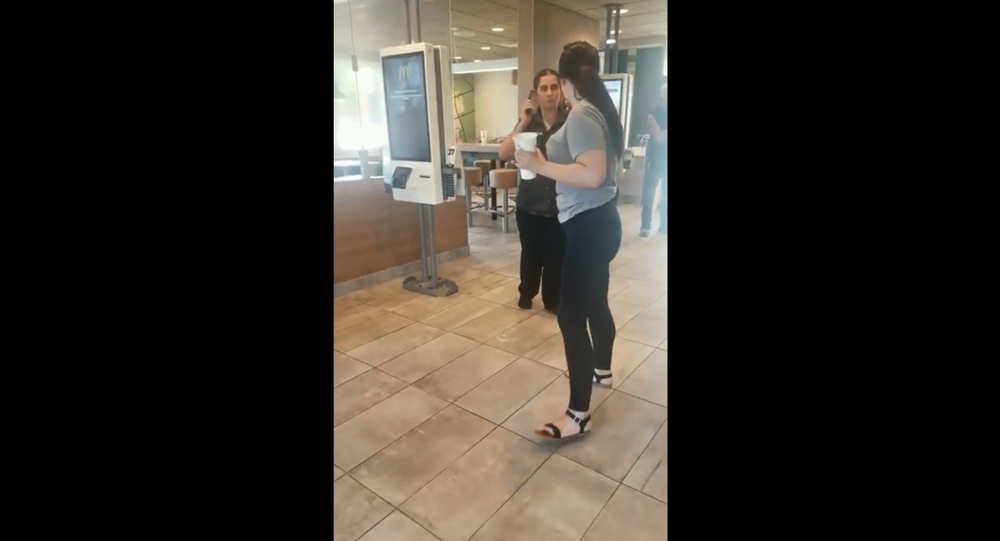 Another day, another brawl at a McDonald's somewhere in the US.

Footage uploaded last week on YouTube by user Drastic shows a verbal dispute between a McDonald's employee and a customer quickly escalate after the upset patron decides to spit on the worker. The recording, captured by a fellow customer at the undisclosed location, begins with the customer confronting the employee as several others in the establishment look on.

​"I don't even f**king know you," the employee is heard saying to the customer. However, before the worker can even finish her sentence, the customer, sporting a grey shirt, spits on the woman.

The shocked employee, who was on the phone when the incident started, responds by flinging her phone at the patron. The remainder of the video shows the two women take the fight outdoors, before other workers intervene. Although the pair are ultimately separated, the footage cuts off as the upset customer is seen trying to get back into the restaurant.

It's still unclear what caused the argument and ensuing brawl to take place.

The latest McDonald's match comes after an employee at a Nevada location was recorded laying a beatdown on a milkshake-slinging customer in late July and a separate incident in which customers and employees engaged in a fight behind the food counter in early August.

Teed Off: Man Gets His Finger Bitten Off During Fight at Golf Course

US Tourist Severely Injured After Fight With Street Vendors in Spain