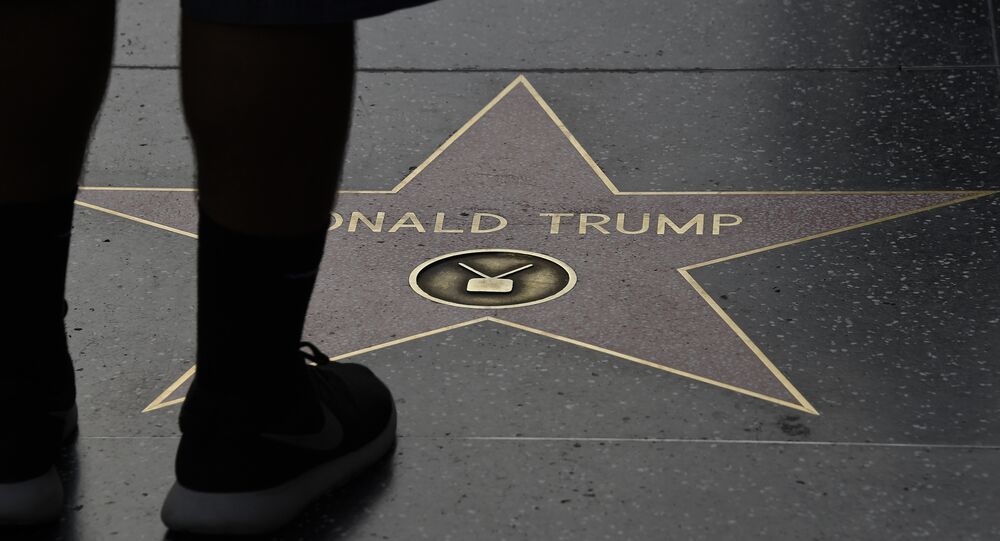 Earlier this week, local media reports suggested that Donald Trump’s star on the Hollywood Walk of Fame had been destroyed by a vandal allegedly wielding a pickaxe.

After an anti-POTUS protester reduced the Trump star to rubble using a pickaxe, two men dressed as Russian guards were spotted on the Walk of Fame protecting the remnants of the Hollywood monument.

The protectors received their fifteen minutes of fame after they were filmed sporting green knee length coats, fur-trimmed hats and holding up a Russian flag amid sweltering heat in Los Angeles.

These two guys stood guard over Trump's Walk of Fame Star and its hilarious. pic.twitter.com/mEhqRXWVVt

While the star has already been replaced, Trump has not commented on the vandalism.

Multiple people — including police — tell me a man walked up with a guitar case and pulled out the pick axe. Then, it’s believed, he called police himself to report it, but left the scene before they got here. Now, he’s nowhere to be found. @NBCLA pic.twitter.com/mJNh1dbO0J

LAPD confirms the suspect has turned himself in to Beverly Hills Police. @nbcla pic.twitter.com/uir15Mfztp

The incident was widely ridiculed on social media:

Trolling on a galactic level.

Meanwhile, the Colorado state Capitol Hall was hit by an unidentified prankster, who placed a portrait of Russian President Vladimir Putin in a space designated for Donald Trump.

© AP Photo / Reed Saxon
Trump Walk of Fame Star Vandal to Pay $20,000 to Bail Out His Copycat - Reports
Putin’s portrait was reportedly put up on an easel underneath a wall of paintings of US Presidents, including George W. Bush and Barack Obama, and was later removed by a tour guide.

The spot, intended for Trump’s portrait, is reportedly empty because of a lack of donations made to the Colorado Citizens for Culture – the group that pays for presidential paintings.

According to local TV stations, the group had not received any donations to raise the $10,000 needed for Trump’s portrait, with its president Jay Seller saying that normally it took about four months to collect the money for the paintings of his predecessors.

The two incidents came slightly over a week after Trump and Putin held their first full-fledged summit and joint press conference in Helsinki. POTUS became the target of criticism at home after his comments on the US intelligence assessment of Russia’s alleged meddling in the 2016 presidential election during the presser with Putin, where Trump somewhat hinted he believed the Kremlin had nothing to do with the purported interference.

Back in Washington, Trump was reportedly forced to do an about-face on his support of Putin’s denial of interference, claiming he had misspoken during the press conference.

“The sentence should have been: I don’t see any reason why I wouldn’t or why it wouldn’t be Russia. Sort of a double negative,” Trump said.