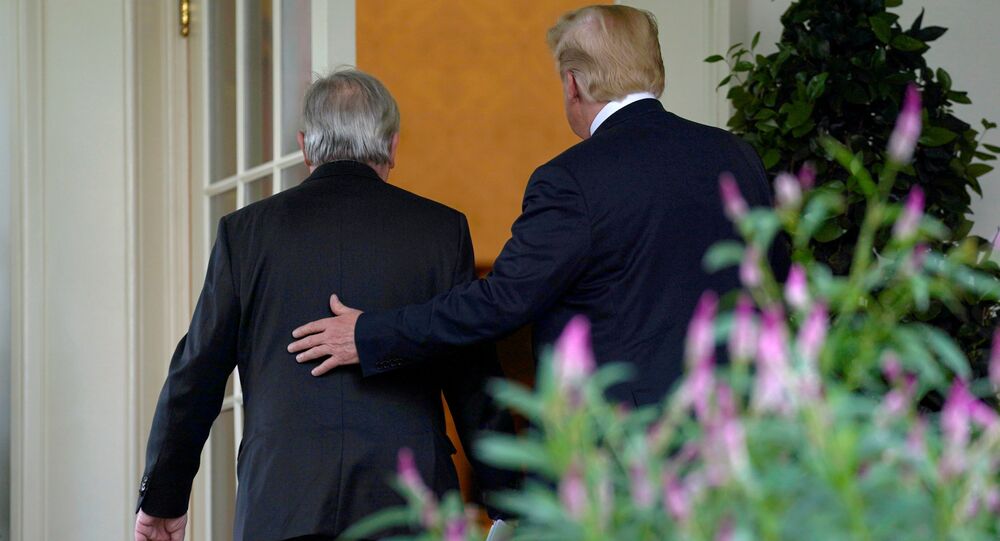 Following a photo of the leaders of the world's largest economies kissing at their “breakthrough” meeting, Trump tweeted words about true love between the US and the EU, making a splash in social media. While the US President was too tight-lipped to kiss and tell, Jean-Claude Juncker spoke out about the tense moment of intimacy in the Oval Office.

European Commission President Jean-Claude has told the German outlet Tagesshau that the kiss with Trump in the Oval Office which the US President leaked, was surprising and not like him.

The EU's top official said that it was the first time he kissed Trump. He had no idea that they'd shared the moment with anybody else.

“Unlike my usual behavior, surprisingly the initiative did not come from me.  I didn’t also know that there was a photographer in the Oval Office. But it [the photo] has captured the ambience of the moment well. Mr. Trump has published the picture, not me,” Juncker said.

While Juncker said that he "had the intention to make a deal today and we made a deal today" after the summit in the White House on July 25, Trump praised the meeting as a "breakthrough" and tweeted the kiss photo as proof of the true love between the two allies.

​Juncker’s revelations on the first kiss with Trump elicited an ironic response from social media users.

​At least, it seems like Juncker is disgusted at nothing.

​Judging by the pics, [he feels] very close.