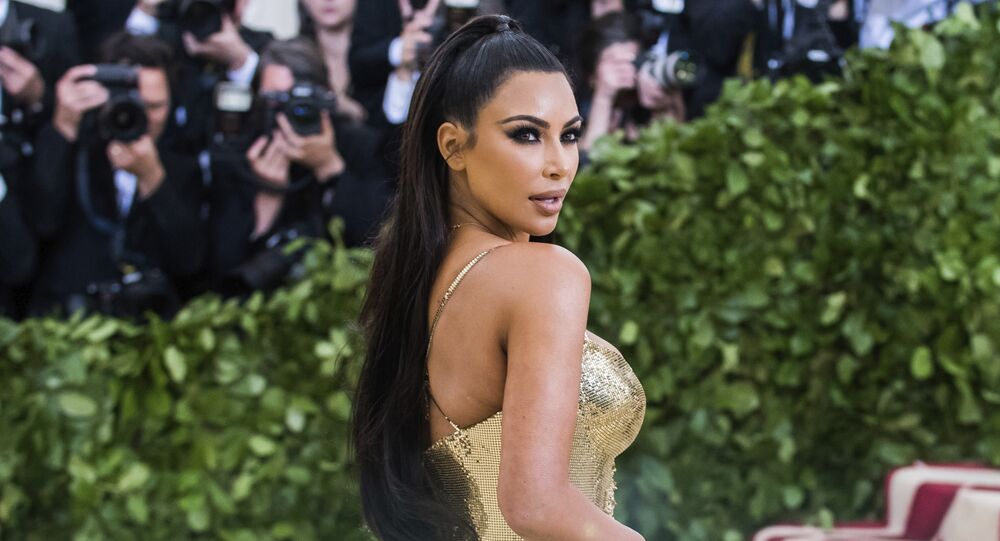 This is not the first time that Kim Kardashian has faced accusations of doing “blackface” – last June she released her KKW beauty contour and highlight kits and received immediate backlash over the ads, which social media users claimed featured her skin several shades darker than her natural color.

The “Keeping Up With the Kardashians” starlet prompted a social media quake once again after unveiling a new image for her latest KKW Beauty Classic collection to advertise her “favorite palette of best neutral brown tones.”

The new @kkwbeauty Classic Collection is my favorite palette of the best neutral brown tones! Launching July 25th at the pop up or July 27th at KKWBEAUTY.COM I love this shoot by @gregswalesart and glam by @makeupbymario @chrisappleton1

Kardashian’s skin tone has, however, distracted her 114 million Instagram followers from the snap, as they immediately lashed out at her for deliberately darkening it.

“Are you black now? What the hell are you doing?” one user wrote, while others poured out comments such as, “Are you kidding me? She is NOT that dark! This is like black face all over again,” and “You’re literally doing black face. Like you’re 10 shades darker.”

So excited for the Classic Collection!! The 10-Pan Eyeshadow Palette, 4 New Lipsticks & 4 Lip Liners launch at the #KKWBEAUTY Pop-Up on 07.25 and online on 07.27 at 12PM PST on KKWBEAUTY.COM

Fellow Instagrammers penned: “I love how you're pale all year round until you have makeup to sell. You yourself have mentioned how naturally pale you are. Stop trying to be everything but the WHITE girl that you are,” and "Kim, why would you post photos depicting you in the same way the initial KKW Beauty photos with 'blackface comments' did and now this?”

Some Twitterians also took shots at the reality star:

Why did @KimKardashian do blackface again

Too dark give it up girl you look too dark! Unbelievable

She’s not that dark

But there were those who defended Kim, writing: “Has spray tan ever killed anyone? Stop accusing people because you’re jealous! Kim is beautiful,” or “I’m not a Kim fan, but geez, that’s called lowering the exposure and adding contrast.”

Slightly over a year ago, Kim landed in hot water for the same reason while promoting a new product for the KKW brand.

You dont have to do blackface pic.twitter.com/MLcJ5Hbg9R

She addressed the users’ reaction on one of the episodes of “Keeping up With the Kardashians,” assuring viewers she would never disrespect anyone:

"I’m seeing these photos from the campaign that we took and people online are saying that they are blackface. I would never in a million years be disrespectful and do that. We wanted [the photos] really moody, and I was really tan with the contour. The photos ended up being a little darker than I was and there were some people online saying that I was doing blackface and the photos were inappropriate. The Internet world is so toxic and I feel like people are waiting for you to make a mistake, just to point it out."