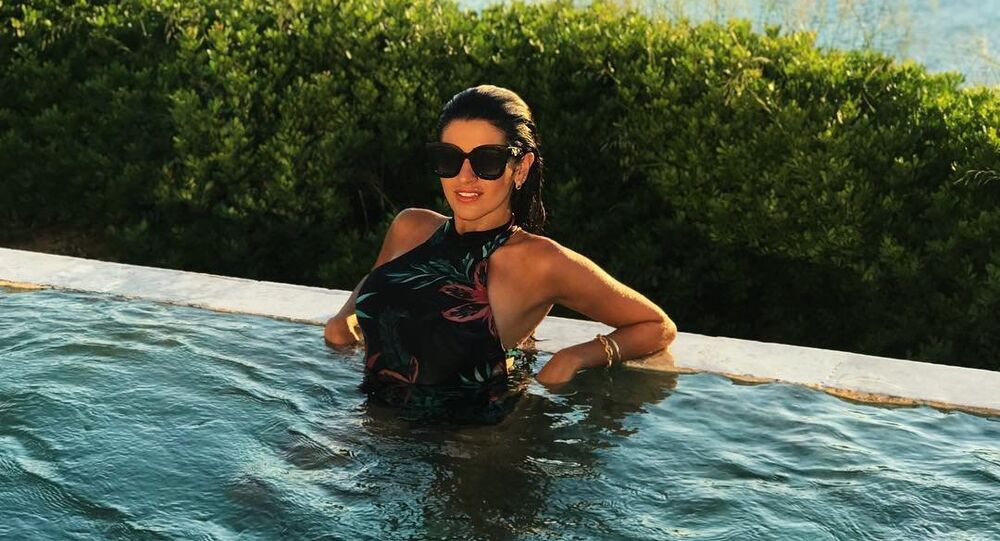 The Brazilian has arrived in the English city ahead of his anticipated $87 million-transfer from the Italian football club Roma, a record for a goalkeeper. The fans are dying to see not only the top player at the field, but also his beautiful wife.

While memories of the disastrous Champions League final with Loris Karius are still fresh, the Reds’ fans are looking forward to top goalie Alisson’s transfer as well as his partner, Brazilian beauty Natalia Becker.

Some however addressed her husband, saying “YNWA!! Come to Liverpool Allison. You b treated like a God.”

Alisson has been with Natalia (whose maiden name is Loewe) since 2012; the couple married in 2015.

Last year they become the parents of a little girl, Helena.

The top Brazilian goalkeeper has arrived in Liverpool, where he’s expected to have a medical check-up and sign the contract. The goalkeeper, who has played for Series A Roma since 2016, was spotted at the Italian capital’s airport before departure.

​He thanked Roma’s fans, but didn’t give any details about the upcoming closure of the record breaking deal.

"Greetings to Roma fans. I'm sorry but I cannot say any more, I'll say everything later," he said on camera.

According to the Sky Sport Italy, the transfer of the 25-year-old is expected to cost $87 million (€75 million), which tops the previous record set in 2001, when Juventus signed Gianluigi Buffon for €53million.

Interestingly, the Roma-Liverpool deal is nearly 10 times more than the price the Italian club payed for Alisson Becker, who began his career with Internacional.