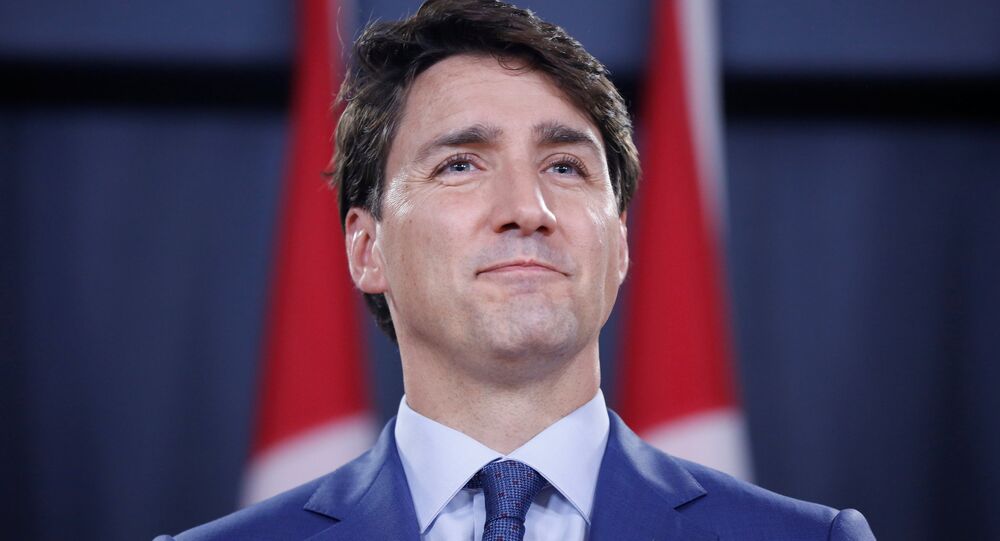 Ottawa's $12.6 billion US in tariffs on US goods, introduced in response to Washington's duties on Canadian steel and aluminum, stepped into effect on July 1, when Canadians celebrate their nation's 151st anniversary.

The Canadian government's official list of goods targeted for retaliation range from tomato sauce and toilet paper to mayonnaise and motorboats, all of which will be hit with a 10% import tariff beginning Sunday. Other items, including an array of US steel products, will be hit with a 25% tax.

Canadians, already peeved over the US tariffs and President Trump's characterization of Prime Minister Justin Trudeau as "weak" and "dishonest," held nothing back in attacking the president on Canada's national holiday.

Or as some of us like to call it, Happy Tariff Day @realDonaldTrump

Canada: Happy Canada Day!
Trump: What did you get me?
Canada:…….
Trump:…….
Canada: Do you know what a tariff is?
Trump: OMG I love Mexican food!

Happy Canada Day! Celebrate by today by putting your own personal tariff on something from America.

Most people will think the fireworks tomorrow are for Canada Day but actually they're to kick off the new trade war.

Others, promoting the #BoycottUSA campaign to buy Canadian products, used the holiday to remind their compatriots about the campaign, with some suggesting it should be taken a step further.

Buy Canadian, cancel your American travel plans, and rebook for somewhere in our beautiful country or Europe where we have a free trade deal that is fair! 😆

If you're looking for a small act of patriotism during a Canada Day cottage weekend on the eve of a trade war with the U.S., go ahead and buy a scoop of Kawartha Dairy—it's Canadian, and it's delicious. https://t.co/YboRExCZ7s

So July 1 is here #CanadaDay and the new trade rules begin… maybe it is also time for 🇨🇦 @JustinTrudeau, @ONgov and All provinces to add Tariffs and Fees to all the 🇺🇸 hunting and fishing groups that arrive and break so many rules that put our own resources at risk! 🐟🦌

Hypocrisy of the finest kind. We are no longer friends, and have no “close bonds”.https://t.co/O8wWuifDuD

What a way to ruin #CanadaDay hearing @realDonaldTrump offering his wishes. We wish you would never come to our country again Mr. President and poison us with your ignorance and arrogance and your idiotic trade tarriffs. @mike_pence

Are we supposed to think he wrote this message himself? Or that it was even his idea? We don't care, Don. Trump praises 'close bonds' in Canada Day message https://t.co/Vc6nXevFZM

The friendly language contradicts some of the words Trump himself has used of late to describe Prime Minister Justin Trudeau, including "dishonest" and "weak." https://t.co/wpwTigwzT1