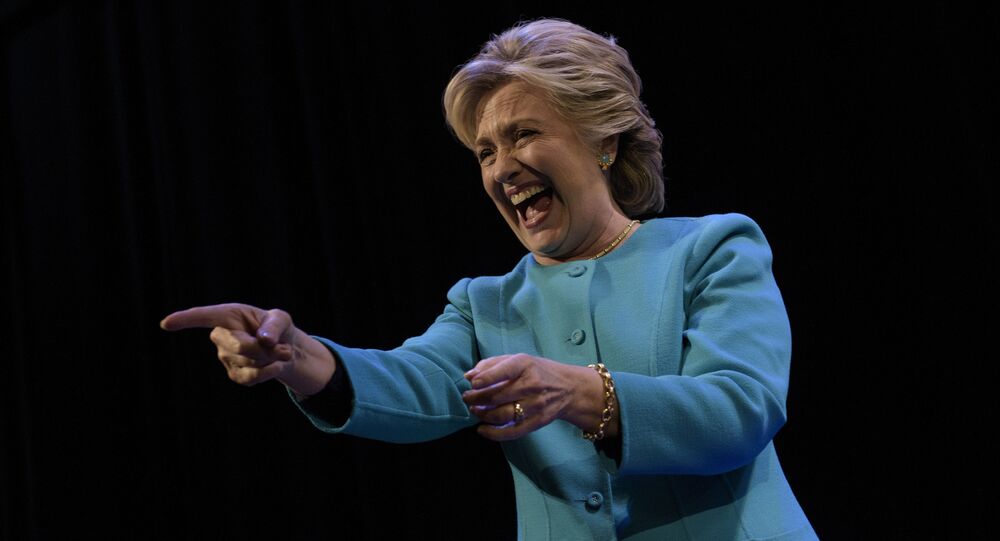 When asked what company she would choose if she were to be a CEO, Hillary Clinton quickly replied “Facebook,” and gave reasons for her choice during an appearance at Harvard.

“It’s the biggest news platform in the world. We can listen to really brilliant experienced writers like David Ignatius [Washington Post columnist] and try to keep up with the news, but most people in our country get their news, true or not, from Facebook,” Clinton explained.

Social media users went bananas over her announcement, with many taking her words seriously…

If Hillary becomes part of Facebook in ANY capacity, that is when I get rid of Facebook once and for all.

If facebook hires her as a CEO they will lose so many subscribers it will put them out of business.If she's hired I will never use facebook again.

…while others supported her, calling on Mark Zuckerberg to “step aside”:

Thank you, HRC, for yet another vision of what is possible. Zuckerdude, time to step aside! We need an adult at the helm of your media company.

Some turned to sarcasm, using an arsenal of the best gifs they had in store while reacting to her words:

Run? She can’t even walk. pic.twitter.com/E5F8eTntbD

She can’t even run her emails right let alone Facebook 😂

Hillary Clinton couldn’t even run an effective campaign (twice) and now she wants to be the CEO of Facebook. 😂

Since the 2016 election in the US, Facebook has faced a barrage of criticism for the role it allegedly played in spreading fake news, influencing the outcome of the vote.