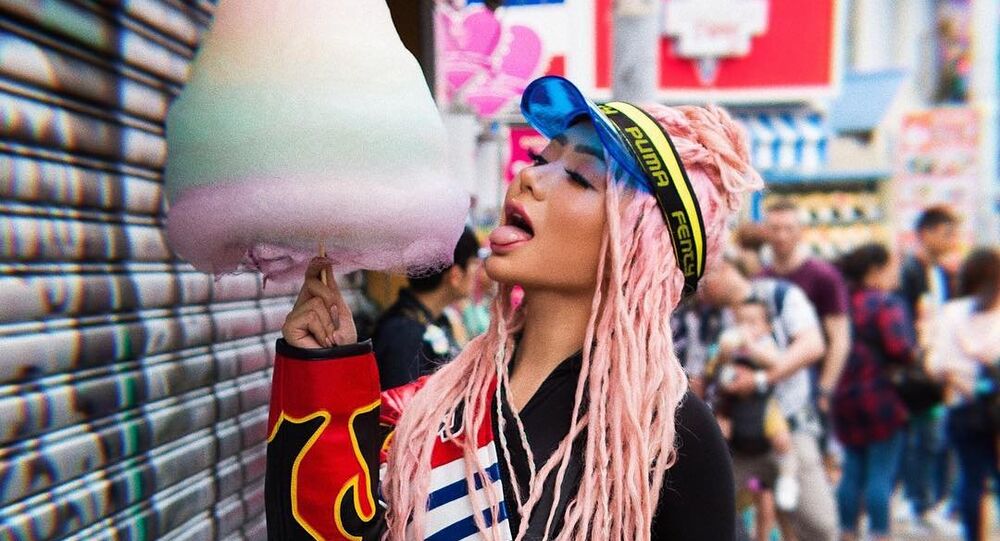 US Transgender Blogger Bullied for Appropriating Black Culture with Hairstyle

An social media star of Asian-Mexican heritage with two million followers has angered some of her commentators with pink dreadlock wig.

The transgender Instagrammer, under the name of Nikita Dragun, and self-proclaimed mother of Draguns has triggered racial debates with her photo from a trip to Japan. Discussion under one of her numerous portraits on Dragun’s account, titled “this is what luv looks like,” took an unexpected turn due to her choice of wig.

Some of those commenting claimed the blogger of Mexican-Asian origin had appropriated black culture, diverting the discussion away from the usual praise and exchange of emojis.

User thriftstore_barbie branded her hairstyle, saying “if she isn’t black at all, that hair style isn’t actually for her.” Several others joined in, slamming Dragun.

Another user noushinnnnnaveena explained the sad history behind this hairstyle, claiming “black people were forced to use hairstyles such as dreads, braids, twists, and cornrows, etc. to “tame their hair” … hair is definitely something black people struggled with.

User lailabug22 claimed the hairstyle was simply black culture, posting “Black ppl wear dreads for cultural significance n protection. It has the most meaning in ours so..it’s our culture lol,” while essenceetienne was more categorical with a comment “THE DREADS ARE A NO FROM ME SIS. Disappointing.”

Others defended Dragun’s right to wear dreadlocks, reprimanding the judgmental users for not knowing history. User shooks.photography posted; “it would be best if you brushed up on your history before screaming ‘culture appropriation’ and this is coming from an African American who knows a thing or two.”

While user deaairejade offered a hair history lesson, claiming “1. EGYPTIANS were the first to “dread” their hair. [sic] not black people. so if anyone if “appropriating” it’s us. [sic] same how a lot of people think burritos are mexican [sic] and they aren’t. 2. [sic] her hair isn’t even in dreads, they literally ARE TWISTS. she posted them.. so learn to state fakes before you falsely accuse someone of cultural appropriation. [sic] you not woke sis. [sic] you ignorant.”

“It's just hair.. why do people have to be so negative all the time,” a comment from someone named  ssaaarrrraaaaa reads.