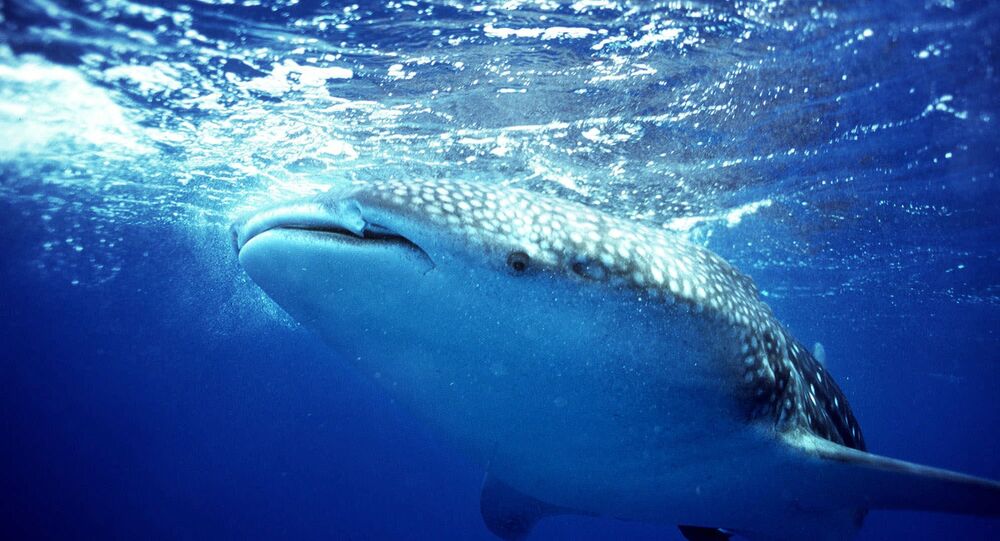 A cinematographer caught a special moment off Mexico’s coast on tape as a whale shark, which is the largest fish on Earth, approached some humans.

Three swimmers were taken by surprise off the coast of Baja California Sur, Mexico, as a giant whale shark rose from the deep. Aerial cameraman Tarsicio Sañudo Suarez, 36, who happened to be in a boat with people from the Whale Museum of La Paz, managed to film the breathtaking encounter not only aerially, but also with an underwater GoPro camera.

“Whale sharks are gentle and they cannot harm humans, that day I also swam with them and captured them with a GoPro underwater,” he said, cited by The Daily Mirror.

The creatures head to the bay in winter and spring, but they don’t usually appear on the surface.

Whale sharks are planktotrophic and don’t pose a danger for humans. The ocean giants, which have been around for 60 million years and can grow up to 12 meters, belong to an endangered species and are internationally protected.