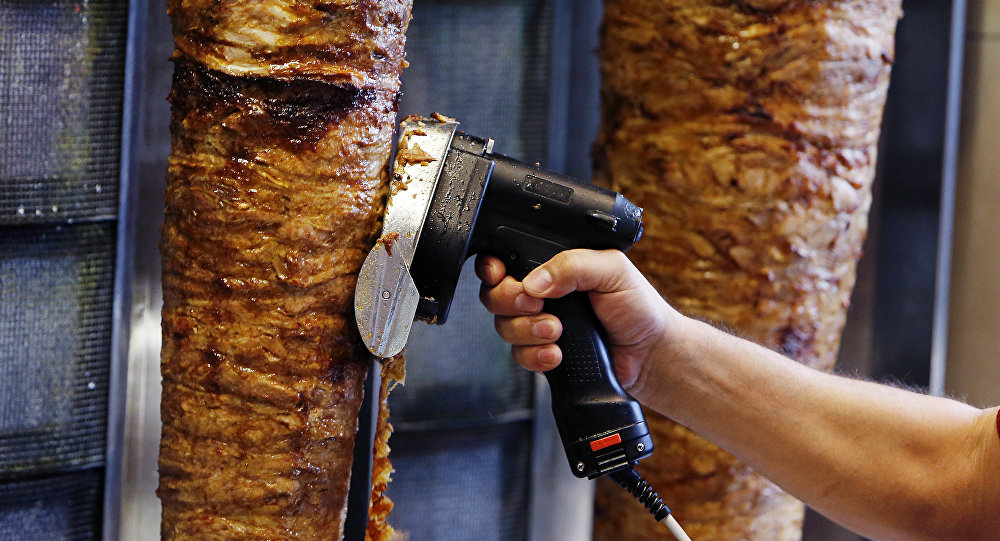 The dish may soon disappear from EU restaurants and street food vendors because it is made of meat containing phosphates that can be potentially hazardous to human health, according to reports.

The doner kebab, one of the most popular and affordable fast food dishes in Europe, might soon be banned, German media reported.

The issue has been raised following the European Commission's proposal to allow the use of phosphates in lamb, beef and veal sold in supermarkets.

The European Parliament's Health Committee voted against the initiative, explaining its decision by research that revealed a connection between the consumption of food with phosphates and cardiovascular diseases.

If the absolute majority supports the decision of the committee during the next session of the European Parliament, which is set to be held from December 11 to December 14, the bill will be automatically returned to the European Commission for revision and thus will put doner kebab vendors under the threat of being outlawed.

The news has sparked vivid discussions among netizens.

I am also for the doner ban. The stuff stinks. And I don't eat something like that.

How everyone gets upset just because of a possible doner ban and no one — because of the amount of phosphate that one consumes.

Others reacted to the news with humor:

​I can already imagine a doner kebab demo. Doner is under ban threat.

​EU ban on doner kebab 😂. Do you want to make the EU starve or what?

In case of a ban, I'll do the same with the doner as with light bulbs: make supplies for the next years to come.

​It is an individual decision what one wants to eat or what not. #Doenerverbot is again a pointless debate, especially since the kebab is unhealthy anyway! Why not to discuss rather important topics?

As the Metro newspaper reported, local kebab sellers complain about "doner discrimination" and accuse the EU authorities of deliberately hampering the Turkish business.

At the same time, the Bild newspaper specified that the ban on phosphates will only affect those kebab vendors who use frozen meat.

Phosphates are reportedly added to the kebabs to make the meat juicier and more flavorsome.