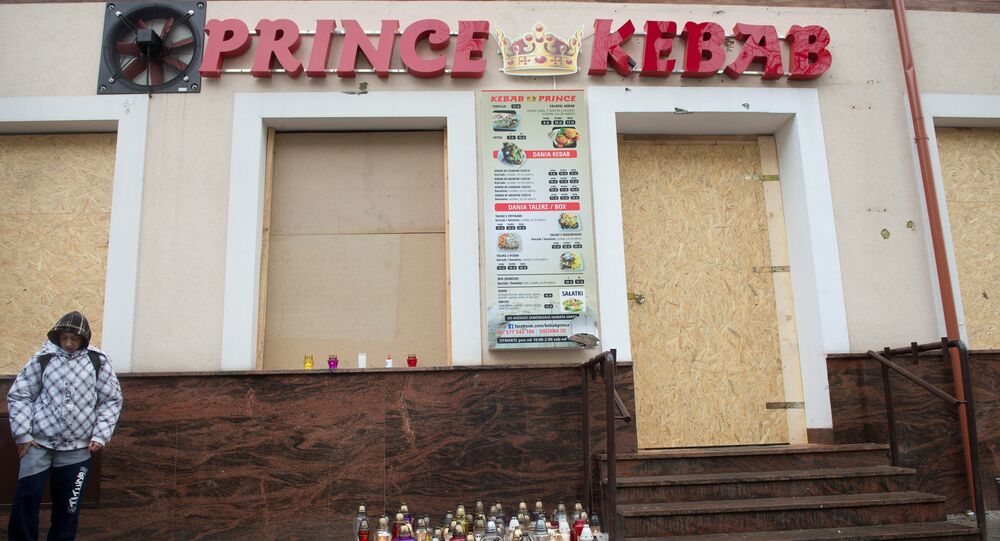 The stabbing on New Year’s Eve triggered mass riots in Poland that resulted in attacks on several cafes owned by people of immigrant origin, according to local media.

MOSCOW (Sputnik) — Several cafes owned by people of immigrant origin have been attacked in Poland, days after a Tunisian cook at a kebab restaurant stabbed a Polish man to death, local media reported.

The stabbing on New Year’s Eve triggered mass riots in the Polish city of Elk. The Tunisian was charged on Monday with a murder for killing the 21-year-old Pole who stole two bottles of drink.

© REUTERS / Antonio Parrinello
‘Foresight is Not Islamophobia’: Poland Explains Away Refugee Fiasco
Unknown attackers hurled a Molotov cocktail overnight into an Egyptian-owned kebab cafe in the city of Wroclaw, starting a fire. A police spokesman told the Gazeta Wyborcza newspaper a racist attack was not ruled out.

This came just days after another kebab cafe owned by a Kurd was pelted with stones in Wroclaw. On the New Year night, a kebab stall that belonged to an Indian family in the city of Lublin was smeared with paint, including threats in Polish and English and references to the Islamist State (IS) terror group, outlawed in many countries worldwide including Russia.

Poland to Host Refugees in Camps on Russian Border