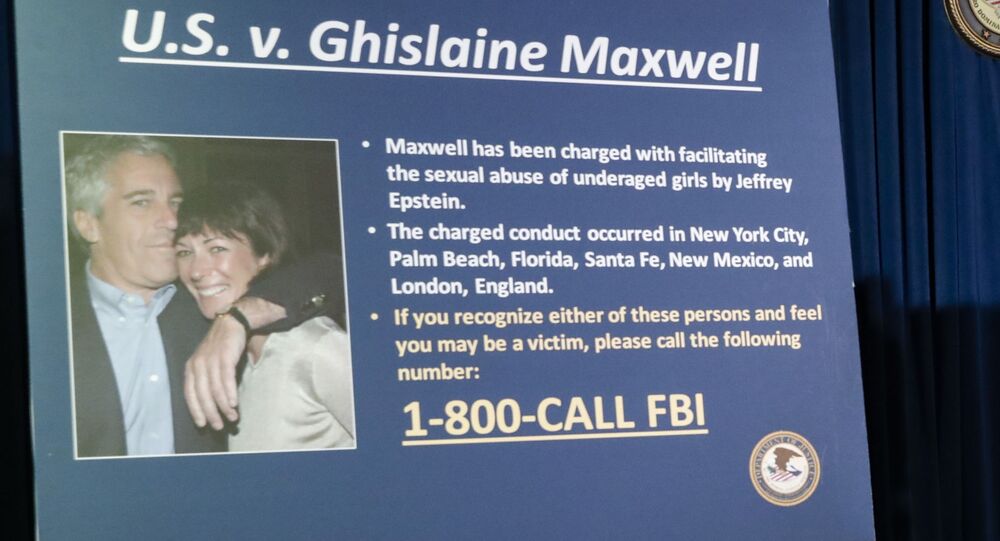 NYC Socialites Buying Rights to Photos Showing Them Next to Maxwell, Epstein to Bury Links: Report

“It’s hard to imagine a story with a more dramatic rise or disastrous fall than the story of the Maxwell family,” said a creative director from Expectation Factual, the British TV production company making an upcoming documentary series about the family of Jeffrey Epstein’s former girlfriend Ghislaine Maxwell.

Manhattan’s elite kept schtum earlier this month when a team of BBC filmmakers working on “The Fall Of The House Of Maxwell” documentary rolled into town to discuss Jeffery Epstein’s former girlfriend Ghislaine Maxwell and her fraudster dad, according to Page Six sources.

Ghislaine is currently in jail awaiting trial for an eight-count indictment over her ill-fated association with the dead financier. The daughter of late press baron Robert Maxwell is being accused of helping her former boyfriend to sexually abuse young girls and sex traffic them to other rich and powerful figures, including British royal Prince Andrew, who denies his involvement.

But many New York socialites, who were once all too eager to rub shoulders with Epstein and his British girlfriend, are now desperately trying to bury any reminders of their connection to the disgraced couple, one insider told the BBC.

“All members of higher society in New York refused to talk to the BBC,” the person told Page Six. “Some people are buying the copyrights to photos both in London and New York to remove the pictures from the market that shows them with Ghislaine and/or Epstein.”

The producers of the three-part doc, which was first commissioned by BBC Two last year and is being made by the UK’s Expectation Factual, still reportedly managed to get interviews with an attorney for one of Epstein’s accuser David Boies and some former business associates of Robert Maxwell, including his ex-PR representative, but not with the financier’s alleged victims.

© AP Photo / John Minchillo
In this Thursday, July 2, 2020, file photo, Audrey Strauss, Acting United States Attorney for the Southern District of New York, gestures as she speaks during a news conference to announce charges against Ghislaine Maxwell for her alleged role in the sexual exploitation and abuse of multiple minor girls by Jeffrey Epstein, in New York

The producers were in New York for one week in July but are set to return later, according to Page Six, although it’s still unclear who else in Manhattan – if anyone – will be willing to spill the beans about the embattled Maxwell family following Robert and his daughter’s fall from grace.

“I bet that people in NYC high society aren’t lining up to speak to the BBC,” another source shared with Page Six.

Between Epstein and Weinstein it was plenty to take down the whole diseased Hollywood temple. Maxwell was just icing on the cake. pic.twitter.com/nB72AsiAiE

Robert Maxwell, who made a fortune in publishing, died in 1991. His body was found mysteriously floating in the Atlantic Ocean after he apparently fell off his yacht. Maxwell's publishing empire collapsed following his death and revelations that he had taken hundreds of millions of pounds from his companies’ pension funds without authorisation to save them from bankruptcy – but eventually to no avail.

Nearly three decades later, his daughter Ghislaine was arrested at her New Hampshire house for allegedly helping Epstein's to build a sex trafficking ring by hiring young girls as his “masseuses.” She denies all the charges and is gearing up for her trail in November.

Epstein died in a prison cell in August 2019 while awaiting his own court battle with Manhattan prosecutors. The millionaire’s death was ruled a suicide, sparking a stream of conspiracy theories over questionable details in medical reports and prison cameras malfunctioning on the night of his passing.